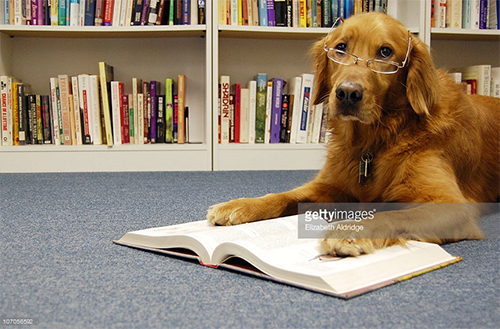 As a Star Wars nerd, I like to keep up with the expanded universe stories. Inferno Squad ties in with an upcoming video game, Battlefront II, and was just released on July 25th. While I haven’t read it yet, it’s one I’d like to get through before summer ends.

The Rebellion may have heroes like Jyn Erso and Luke Skywalker. But the Empire has Inferno Squad.

After the humiliating theft of the Death Star plans and the resulting destruction of the battle station, the Empire is on the defensive. In response to this stunning defeat, the Imperial Navy has authorized the formation of an elite team of soldiers, known as Inferno Squad. Their mission: infiltrate and eliminate the remnants of Saw Gerrera’s Partisans. Following the death of their leader, the Partisans have carried on his extremist legacy, determined to thwart the Empire – no matter what the cost. Now, Inferno Squad must prove their status as the best of the best and take down the Partisans from within. But as the danger intensifies and the threat of discovery grows, how far will Inferno Squad go to ensure the safety of the Empire?

Call the Midwife: A Memoir of Birth, Joy, and Hard Times

The memoir, written by Jennifer Worth, shares the experiences and stories of a midwife working in London’s East End in the 1950’s. I am a huge fan of the BBC drama, Call the Midwife, so I had to read the books the show was based on. It’s truly a fascinating read, merging history with gripping tales. It’s a perfect last-minute summer read if you want to feel like you’ve read something worthwhile.

At the age of 22, Jennifer Worth left her comfortable home to move into a convent and become a midwife in postwar London’s East End slums. The colorful characters she met while delivering babies all over London – from the plucky, warm-hearted nuns with whom she lived to the woman with 24 children who couldn’t speak English to the prostitutes and dockers of the city’s seedier side – illuminate a fascinating time in history. Beautifully written and utterly moving, Call the Midwife will touch the hearts of anyone who is, and everyone who has, a mother.

Hidden Figures: The American Dream and the Untold Story of the Black Female Mathematicians Who Helped Win the Space Race

I haven’t read the book yet, but Hidden Figures became one of my favorite movies when I saw it a few months ago. In the days of anti-diversity memos from Google engineers, there is inspiration to be found in the stories of four women overcoming the bigotry and sexism of the times while propelling scientific discovery forward.

Before John Glenn orbited the Earth or Neil Armstrong walked on the moon, a group of dedicated female mathematicians known as “human computers” used pencils, slide rules, and adding machines to calculate the numbers that would launch rockets and astronauts into space.

Among these problem solvers were a group of exceptionally talented African-American women, some of the brightest minds of their generation. Originally relegated to teaching math in the South’s segregated public schools, they were called into service during the labor shortages of World War II, when America’s aeronautics industry was in dire need of anyone who had the right stuff. Suddenly these overlooked math whizzes had shots at jobs worthy of their skills, and they answered Uncle Sam’s call, moving to Hampton, Virginia, and the fascinating, high-energy world of the Langley Memorial Aeronautical Laboratory.

Even as Virginia’s Jim Crow laws required them to be segregated from their white counterparts, the women of Langley’s all-black West Computing group helped America achieve one of the things it desired most: a decisive victory over the Soviet Union in the Cold War and complete domination of the heavens.

Starting in World War II and moving through to the Cold War, the civil rights movement, and the space race, Hidden Figures follows the interwoven accounts of Dorothy Vaughan, Mary Jackson, Katherine Johnson, and Christine Darden, four African American women who participated in some of NASA’s greatest successes. It chronicles their careers over nearly three decades as they faced challenges, forged alliances, and used their intellects to change their own lives – and their country’s future.