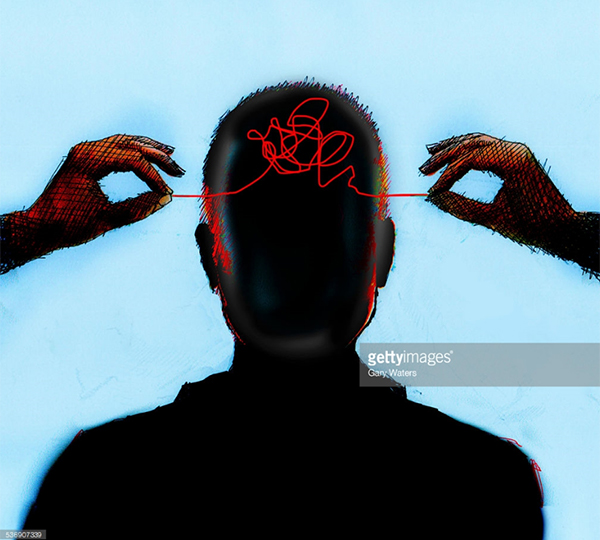 In our theory of states for the mastermind, we provided a general definition of each of the states – cognitive state, psychological state, and mental state (read the first post here). Mental states. We all have them. Maybe a good metaphor for mental states is that they are like rooms that house our knowledge, rationales, and emotions. There is a reason that understanding mental states, and how to manage them, is important to the INTJ mastermind. The INTJ personality type is constantly seeking to learn more, to know more (knowing is the end state of learning), and to do more; yet, learning can overwhelm and knowledge can de-motivate, the end result of which is a depleted cognitive state.

The Care and Feeding of the Cognitive State

More than any other mental state, the cognitive state is something that masterminds can control. In outlining mental states, we discussed that the cognitive state is made up of many factors including personal development and personal outlook. We may not always be able to manage the elements that feed into certain aspects of personality, such as biology, but as we move along the trajectory of self-actualization, one of the major components within our control is the ability to assess, to manage, and to reorient our mental states. This ability is not only key to overcoming certain challenges that INTJs face, it also serves as a foundation that INTJs can use to dismantle biases that inhibit rational thinking, allowing us to come up with more effective logic models that can, hopefully, ensure better problem-solving.

In our last mastermind post, I introduced the idea of using “states” as a basis for identifying inhibitors to INTJ mastermind development. For NJs, the judging (deterministic) aspect of our cognition, together with the Ni possibilities engine, can work together to create a mental state characterized by anxiety, stress, and neuroticism. Without a strategy for dealing with these cognition roadblocks, it’s all too easy for INTJs to get stuck in negative thinking patterns that not only inhibit effectiveness in problem-solving, but, if left unchallenged, can cause a fine, capable mind to become entangled in a state of constant fear and insecurity. I am in no way encouraging INTJs to be optimistic Pollyannas who only see the “positive”. That’s not realistic for the idealistic cynics of the MBTI; however, with anxiety and stress at epidemic levels, it’s important that we be able to reign in the more negative aspects of INTJ thinking and focus on the solutions available to us.

Often, INTJ females feel the need to be seen as perfect. This need may arise from the cultural expectations placed on women, or it may be part of INTJ cognition; however, regardless of the source, this need can be an extreme inhibitor for the INTJ cognitive state. Why? Because when there is a need to be seen as perfect, quite often the opposite view of perfection is feeling like a failure.  This type of thinking a sign of polarized thinking. Polarized thinking allows for no more than 2 ways of being: successful or unsuccessful, rich or poor, wrong or right. Polarized thinking lacks shades of gray, and a systems thinker without the ability to see nuances is inhibited in a number of important ways. One of the primary ways that polarized thinking inhibits INTJs is to create a resistance to accepting failure as a part of learning.  Polarized, absolutist thinking inhibits your ability to accept that others can think differently from you AND be right. It ignores that while some truths are absolute, others are contextual.  Polarized Thinking is probably the #1 enemy of the cognitive state because it signals that there are hidden distortions in the INTJ’s mastery of mind.

F. Scott Fitzgerald, author of The Great Gatsby, The Curious Case of Benjamin Button, along with many other books, understood the importance of thinking in a nuanced fashion.  It was he who said, “The test of a first-rate intelligence is the ability to hold two opposed ideas in mind at the same time and still retain the ability to function. One should, for example, be able to see that things are hopeless yet be determined to make them otherwise.” Pay attention to your thinking, mastermind. If you find yourself thinking in absolutes, or in ways that suggest that the outcomes are either/or, put your thinking in black and white. In other words, journal solutions. When journaling solutions, try strategies such as forcing yourself to come up with at least 3 different solutions to a problem.  You can be absurd if you like, but then bring it back to 3 realistic solutions. If that isn’t working, try changing the context of the problem to see if that helps your thinking. Changing the context can mean changing the scope of the problem, changing the needed outcome, etc. This may not get you to a perfect solution for a problem, but it’s not necessarily meant to do so. Instead, it’s meant to give you the opportunity to train your brain to think more expansively in every situation, and to avoid developing polarized thinking patterns.

The cognitive state is extremely important to our judging preference.  In MBTI, judging is about a preference for how decisions are made. People with judging as part of their cognitive stack prefer to make decisions in a systematic way, gathering details, analyzing information, and weighing all the information available to them before making a decision. Such thinking goes hand-in-hand with the cognitive state as the cognitive state is how psychologist describe the state of data gathering, learning, and assessing. Because INTJ females prefer this form of decision-making, we often pride ourselves on an ability to cut through the noise and get things done. Yet, while this decisive way of thinking is invaluable in many ways, should bes are cognitive distortions that can inhibit our ability to be effective decision-makers. The act of making a decision is not the goal, instead, the point of making choices is to make the most effective, or the best decision in any given situation, using the information that we have available. In a way, should bes are both the good guys and the bad guys in a given situation.  Should bes are the standard, the measure that we are using to tell us whether we hit the mark.  Yet, when should bes become a measure that is unrealistic or unattainable, many INTJs prefer to walk away from the goal rather than choosing something  that is attainable, but not the unrealistic ideal that the INTJ thinks should be.

One of the most difficult things in the world for an INTJ female is giving up on what we think should be for what might be right to be. A right to be is a decision that takes in available data and asks what can be achieved right now. It is also about what is right given the situational context. For example, do I have enough money to jet off to Paris right now so that I can go to hear my favorite band play? For most of us, that’s an extreme example, but it illustrates the point. Situational context matters. Often, the should bes hold up a discouraging reflection of our lives because that reflection is contrasted in our own minds with the unattainable right now. Yet, if we shift our focus, what seems unattainable right now can, with a step-by-step plan, be reached. That being said, there are times that the ideal can never be reached through no fault of INTJ. In those moments, INTJs have to avoid the inhibiting trap of should be and deal.  It doesn’t matter whether the ideal will ever be reached.  This is actually how perceivers think, but INTJs, see the perceiving style of decision-making as inherently risky. Instead of trying to think like a perceiver, I’m saying to use the cognitive state to gather data, analyze the information, understand the choices, and if you can’t get to your ideal, don’t walk away from a goal. Instead, choose to move forward with a smaller goal. Success can occur in one big step, but more often than not, it is build step-by-step in an incremental fashion over the course of many small decisions. Masterminds understand this paradigm. Just as we are willing to do the work for the big wins, we must be willing to do the same work for the small wins that move us closer to hope to bes.

Generalizing is just another word for stereotyping. There is no room, none, for stereotypes in our cognitive states. Heuristic shortcuts can make decision-making easier, but stereotypes and globalized thinking is a cognitive distortion that absolutely inhibits your ability to make good decisions. When we turn those stereotypes onto ourselves, limiting our ability to reach goals because we’re INTJs and that means we can’t .   .  .  the insidiousness of globalized thinking is even more evident.  Yes, as INTJs we have cognitive preferences, but cognitive preferences do not define us and they should sure as heck never limit us.

If you’ve been a reader on this blog, you know we talk about stereotypes a lot. I even have an article on stereotypes that I like. Yet, I can’t help but to think that stereotyping is an indicator of fear, or ignorance. When we use stereotypes to inform our thinking, it’s like trying to draw real conclusions from false data. The goal of the mastermind is to make decisions from an informed cognitive state. The quality of the decisions that are made are a reflection of the quality of the data. The better your data, the better your decisions. So what does it mean to specify and testify to overcome generalized thinking as a cognitive state inhibitor? Use specific data. For example, if you want to apply to a top-ranked school, do your research. Look at the data for the number of students that apply to the school and contrast that with the number of students accepted. Look at the school’s GPA requirements. We are living in a time when we are drowning in specific data (and a time that requires that we chose our source carefully). There is no excuse for ignorance, or a dependence on stereotypes. Once you have gotten specific with your data, look for supporting evidence. Of course, you can always prove the negative, and it’s probably easier to do so, but the negative tends to support stereotypes. Look for objective evidence, as opposed to evidence that supports what you already believe.

We often talk about aspects of INTJ cognition as though MBTI traits or indicators occur in a vacuum.  The cognitive mental state is the most productive mental state. It is in this data processing state that we gain our understanding of the world. When we are in the cognitive state, we analyze data and make decisions. It is our responsibility to ensure that we avoid some of the worst cognitive enemies, such as polarized thinking, should bes thinking, and generalized thinking. These cognitive distortions limit our ability to be objective and to make high quality decisions, something a true mastermind cannot allow.