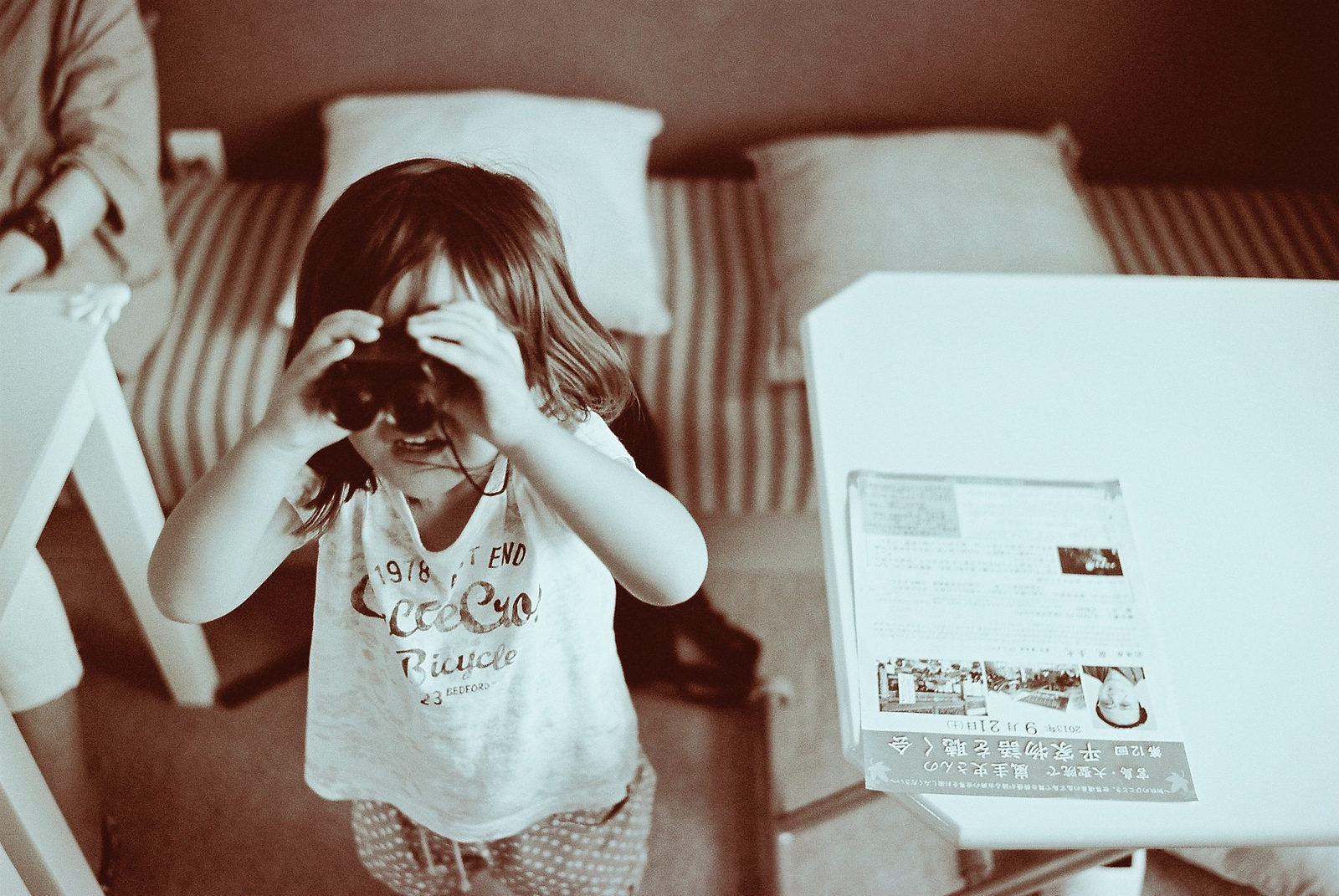 The Elusive Fashion Habits of the INTJ Female: Part 1

The Elusive Fashion Habits of the INTJ Female: Part 1 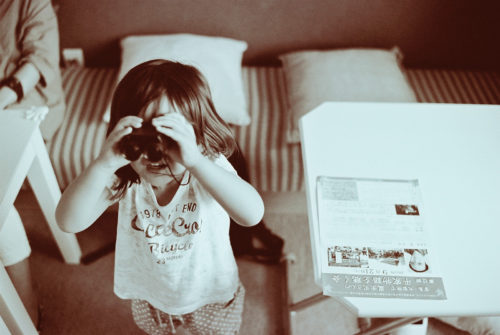 Now Available as an expanded e-book! Check it out here.

According to the stereotypes, INTJ females don’t like fashion. While that may be true for some of us, it’s not true for all of us. Besides, even if INTJ females aren’t “into” fashion, we all have to wear clothes.

So what do INTJ women look for in their clothing choices?

Let’s explore the topic for the sake of intellectual stimulation as I believe the fashion habits of INTJs, and other cognition styles, may become more relevant with the growth of cognition based branding (I’ll share more on the topic of cognition branding in the weeks to come).

The discussion is broken into three parts. In Part One, we cover what attracts INTJ females to certain fashion. In Part Two, we look at how INTJs shop and assess the INTJ sales cycle (which may be longer than average). Finally, in Part Three, we discuss what happens after a purchase has been made, and how INTJs wear the fashions they own.

What attracts an INTJ?

I don’t profess to speak for all INTJ females. Style is subjective. However, I think there are a few common themes that attract an INTJ to certain clothing traits. Remember these are traits, not style. Favorite pieces come about when clothes that portray a certain trait is combined with an INTJ’s preferred style choices.

INTJs will almost always choose practicality over style. The outfit is cuter without a jacket, but its cold out? The jacket is coming anyway. Outfit looks amazing with heels, but you’ll be doing a lot of walking? Flats. Of course, this doesn’t apply all the time; sometimes the overall look or purpose of the clothes will win out over practicality but, for the most part, INTJs prefer to dress with practicality in mind.

INTJs prefer comfort whether it’s practical or not. They aren’t going to wear things that are uncomfortable, like a shirt with scratchy sequins, unless they have to (or they will figure out how to make something comfortable, like wearing a tank top underneath the sequin shirt). I have been excited about the rise of athleisure because of the soft fabrics, nice textures, and freedom of movement the style offers while still looking put together. 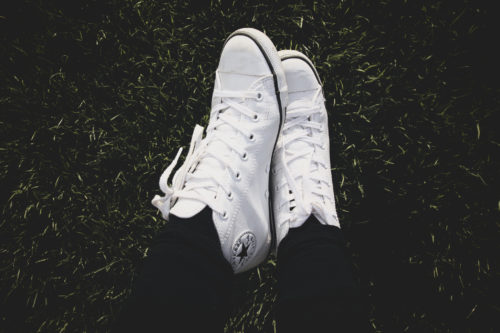 Simple, clean, minimalist lines and classic colors that are easy to match are of great appeal to INTJs. INTJs value efficiency. Simple clothes exude that efficient and effortless feel. It makes it easy to get dressed without much thought because monochromatic colors always work and the styles won’t clash. Aesthetically, I am personally drawn to modern and minimalist style lines, although this style doesn’t always make an appearance in my wardrobe. Instead, it’s more of an aspirational style that I haven’t yet achieved. I’ve also read that a lot of INTJs prefer dressing in black because it’s easy and classic. I too am drawn to dark colors, black, grey, and navy blue being prominent neutrals in my wardrobe.

Here’s where INTJs may diverge from each other, or at least pick and choose an individualistically defined style. Depending on the style need when picking and wearing clothes, an INTJ will either blend in, stick out, or pull a combination of the two. The fact of the matter is regardless of whether or not an INTJ wears unique clothes, they are definitely drawn to stylistically unique clothing. This is because INTJs are independent thinkers and can find conformity, especially in fashion, boring. Imaginative and never before seen clothing will pique the INTJ’s introverted intuition. So, no matter how many pairs of black leggings, blue jeans, or gray wool slacks an INTJ owns, you can bet on finding at least one quirky, geeky, or punny t-shirt or the odd patterned legging in an INTJ’s wardrobe.

Other factors to keep in mind about INTJ fashion requirements:

Many INTJ’s have a “Blend in” Uniform

INTJs are aware of their environment and the purpose of clothes. Truthfully, INTJs don’t dress any differently than anyone else. As I said before, depending on personal preference and the situation, the clothes that INTJs are attracted to will depend on their job, location, socio-cultural factors, and how much they want to stand out,or blend in. I’ve seen a lot of INTJs describe their fashion choices as putting on a mask to get by and fit into society. So in this way, they may be interested in certain clothes because everyone else is wearing them and they don’t want to draw attention to themselves. I went to a Jr. High where people were divided into those who wore Abercrombie and Fitch and those who did not. I didn’t like Abercrombie and Fitch, but I bought one shirt that had the logo plastered on the front so that I could blend in (Ultimately, I came to hate that shirt because it represented conformity to a ridiculous standard). 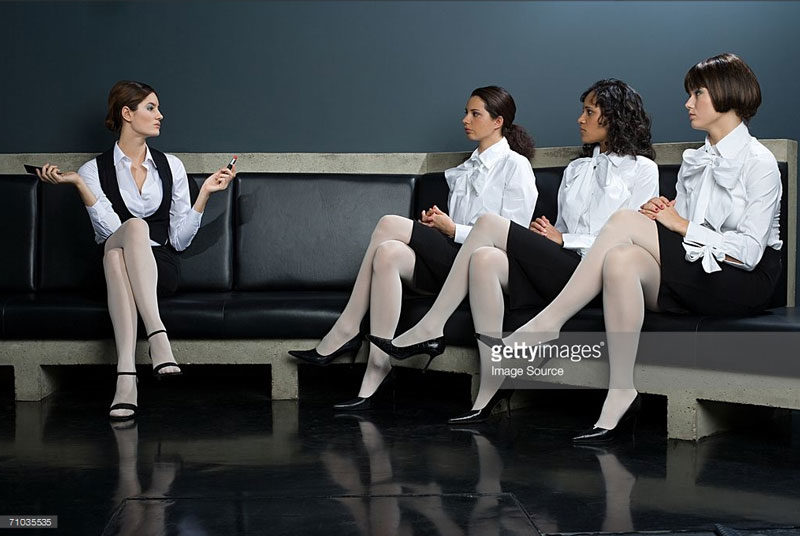 I’ve stuck to addressing general themes that I believe attract INTJ females to certain clothing; however, I wanted to briefly talk about style. The traits that I’ve listed above play to the cognitive functioning of the INTJ brain. Practicality, comfort, simplicity, and uniqueness can be used as measures for assessing the appeal of certain fashion to INTJ females, with the caveat that fashion style is something that is as individual as the INTJ female herself.

INTJ females are more likely to wear styles based on their personal logical processes for the intent behind the outfit. INTJs can also dress based on moods or feelings. You may see an INTJ female wearing a Goth style one day, and looking super sporty the next. So, for INTJ females, it’s not about adhering to a signature personal style. INTJ style is about a wide range of factors. My personal style may seem schizophrenic as it includes fashions that could be described as classic, modern, preppy, romantic, rock/punk, quirky, and Goth. I like it all, and I admire a wide range of styles on others. For example, I admire street and hip-hop styles on other people but don’t believe I can pull off either of those styles.

A final note to the idea that INTJ females can’t be and aren’t interested in fashion. As the “masterminds” of the Myers-Briggs world, if an INTJ wants or needs to know about fashion, they will master it. Once mastered, it may appear that the interest was never there because the execution of style appears effortless.

If you’re an INTJ, do you agree or disagree with the traits I’ve identified in this article? If you’re not an INTJ, What’s your Myers-Briggs type, and do you think your cognition style affects your fashion style?

Thanks for reading. Don’t forget to take a look at Part 2: INTJ Shopping Habits and Part 3: What Happens After a Purchase!

42 Replies to “The Elusive Fashion Habits of the INTJ Female: Part 1”