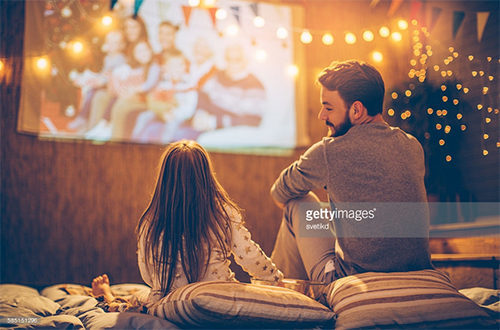 Did you know that more than half of people looking for an awesome Valentine’s Day experience choose to stay home to Netflix and Chill rather than dressing up and going out? Maybe introverts are just more likely to respond to survey questions, but regardless, if you’re looking for a great movie to watch this Valentine’s day, we’ve got a few suggestions. While most lists cover the latest rom-com, we’ve tried to find movies where the introvert character is front and center. Also, not all of the suggestions on this list are actually movies (some are Korean dramas), but all feature an introvert on a journey to finding love.

This Korean drama from 2009 is one of my favorites. It’s hysterical and all the characters are well-developed and interesting. Plus, there is an absolutely adorable dog that nearly steals the show. While the main character, Jae-hee, is likely an ISTJ, there’s plenty for INTJs to relate to as well. Read the synopsis below, and check the drama out on Viki here.

“Architect Jae-hee has the looks and the money, but he’s over forty and still a bachelor. Despite being great marriage material on paper, his blunt personality and precise lifestyle turn women off. Jae-hee just can’t seem to get married—until he meets his equal, single 40-year-old doctor Moon-jung, who spends most of her time at work doing overtime and covering for colleagues. Romance may be in the air yet for the unmarriageable Jae-hee.”

This 2010 French film is about two extreme introverts, both with anxiety, who work at a chocolate factory. What more could you want than awkward love and chocolate for your Valentine’s day entertainment? Oh, and the French doesn’t hurt either. Another one of my favorite movies, I watched this movie at least 4 times while I was trying to pick up some of the French language before a vacation, and I would watch it another 10. It’s sweet, quirky, and funny. Check out the synopsis below. You can rent the DVD from Netflix, or buy from Amazon for $9.99 or rent for $2.99.

“Angélique is a young French woman who suffers from social anxiety disorder and is afraid of just about everything. She regularly attends a support group for other people like her. Jean-René, who owns a small manufacturer of chocolate called the Chocolate Mill, also suffers from social anxiety and is afraid of many things, particularly intimacy. The Chocolate Mill is failing because it makes a plain, old-fashioned kind of chocolate that no longer sells well. At the same time, Angelique and Jean-René fall in love, but have substantial difficulties expressing their feelings and developing their relationship due to their fears and anxieties.”

Cheese in the Trap

It’s hard to describe this 2016 Korean drama, but honestly, this isn’t your typical fun chick flick for Valentine’s Day. I’ve included it because I believe the main character, Yoo Jung, is a misunderstood INTJ. The cast of the drama call him crazy and try to paint him as evil, and yet, he comes across as the only sane person in the show. It’s really one you need to watch in its entirety to understand. It makes you think and is full of absolutely crazy and insane moments. As both of the love interests are introverts, you’ll be sure to find a lot of connections with the characters. Read the synopsis below. You can watch the drama on Viki here, and if you like it, keep your eye out for a movie version of the same drama.

“The drama focuses on the life and relationships of a group of university students, particularly the difficult relationship between Hong Seol and her sunbae, or her senior, Yoo Jung. Jung is the rich heir to Taerang Group and, seemingly, has a perfect life, but he also displays psychopathic tendencies, which cause Seol to take time off school to get away from him. When she returns through a scholarship that was intended for Jung, he is unexpectedly nice to her and asks her on a date. They begin an awkward relationship which is further complicated by the arrival of Baek In-ho and his sister In-ha, childhood friends of Jung who were both adopted into his family after running away from their abusive aunt as children.”

It’s been a while since I’ve watched this 2005 Japanese film, but it was one of the first romance films I saw with an introverted main character. While technology has changed since 2005, this movie not only focuses on introversion but also the communities we build through technology as the “train man” asks for help from an online community with help for dating. You can rent the DVD from Netflix, or buy from Amazon here.

“Based on the purportedly true story of a 23-year-old otaku who intervened when a drunk man started to harass several women on a train. The otaku ultimately began dating one of the women. The event, and the man’s subsequent dates with the woman, who became known as “Hermès”, were chronicled on the Japanese mega-BBS 2channel. This led to the compilation of the relevant threads in a book, followed by several manga versions, a movie, a theatrical play later released as a DVD, and finally a TV series.”

Hopefully, these introvert-centric films will take some of the guesswork out of what to watch this Valentine’s day, and if you’re looking for a delicious snack to Netflix and chill with, check out our chocolate-covered honeycomb recipe!