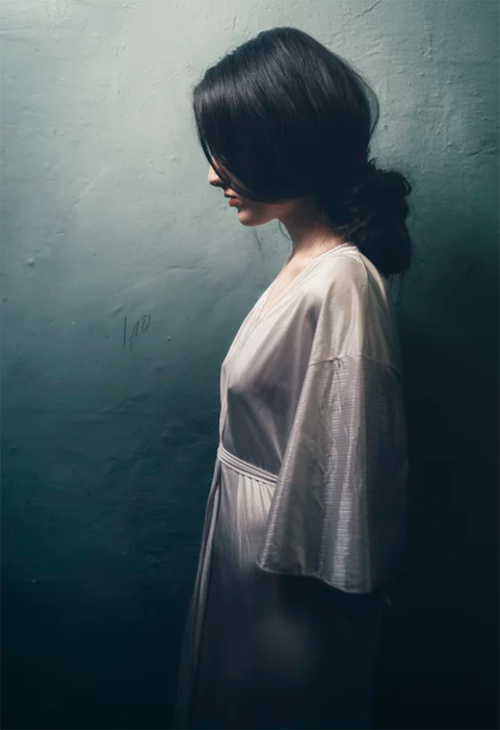 INTJ Female Romance: Why Is She Guarded?

INTJ Female Romance: Why is she Guarded?

Last year, we shared 10 tips on how to love and care for the guarded INTJ female, but what do we mean when we say that INTJ females are guarded? More importantly, why is she guarded?

Guarded is a word that often conjures up a sense of being closed off and unreachable. That is not the case for INTJ females. Although they might give off the air of being unknowable, it is more accurate to say that the guarded INTJ female is reserved, private, or distant. Long story short, while it can be hard to get to know and become friends with an INTJ, we are not unknowable. In fact, that is one of the greatest paradoxes of the INTJ female existence. INTJs seem unwilling to be known, but nothing could be further from the truth. We want to know and be known, it’s just that INTJs have trust issues. It’s not arrogance. It’s not superiority. It’s trust. Until you prove that you can be trusted, INTJ females just don’t open up. Rather than thinking of this defense mechanism as a challenge, think of it as a rosebud with petals that open as it drinks in the fresh, clean water it needs to thrive. It’s the same for INTJ females, you can only see them in the thrive-state when they know that you can be trusted with all of who they are. This is the guarded girl in action.

Of course, most people are guarded in some way or another, so why does the INTJ feel so much more closed off than other types? There are several components at play, including introversion. We all know by now that unlike extroverts, who get energized by being around people, introverts expend energy when they interact with people. Introversion exists on a scale and varies by situation, but it’s safe to say that prolonged exposure to people will drain an INTJ’s energy. The introverted aspect of the INTJ personality will make them appear more guarded as they try to preserve energy, becoming unwilling to waste it on people that they don’t already share a connection with. Getting to know people takes a lot of energy. Until the INTJ can determine if you’re someone with whom they can form a connection, they may be closed off and reserved in order to protect their energy reserves.

Another key factor in the INTJ female’s guarded persona is rationality. As thinking types, what is logical to an INTJ will be the baseline for all decisions. For someone who is drained by being around too many people, one of the most important decisions in life is who to spend time with. INTJs take this seriously, not only because forming new connections is a drain on energy, but also because it takes an equal amount of energy to nurture important connections. An added factor impacting relationship development for INTJs is that they are rational and rationality suggests caution. When you approach a problem rationally, you must first have all the facts, then analyze the data — whether that be through pros and cons, cost-benefit analysis, or by analyzing intuition and feelings. For the INTJ, the extroverted thinking function handles this analysis, and while it may seem callous for an INTJ to weigh the cost-benefit of a relationship, it’s a truly human thing we all do on some level, both when forming new connections and when evaluating existing ones. If we are honest, there are real costs to human relationships — time, effort, and energy. The INTJ, however, may differ from other types in that this analysis is front and center in the decision-making process to move forward with a relationship, which is why INTJ females are most guarded from the outset of a relationship. Crunching data to make these analytical decisions takes time. Until the analysis has been done, the INTJ will not move forward on the potential, or developing, connection. The time frame for this analysis process varies by situation, person, and experience. When you really click with someone, it may happen more rapidly than my explanation seems to indicate (though the INTJ may withdraw later to double-check the analysis before deepening a relationship). Even if a connection might not form straight away, if you are willing to invest in a shared connection with an INTJ, you can help it to grow and deepen over time. Obviously, all relationships are complicated, not just relationships with INTJS, so the purpose of this article is to shed some light on the mysterious internal processing of the INTJ female, rather than to troubleshoot all potential relationship hazards.

One interesting thing about the INTJ female’s rational process is that, while we are all influenced by first impressions, INTJs give less weight to first impressions and more weight to evidence observed over a period of time. Unlike feeling types, INTJs aren’t emotionally connected to their analysis of a relationship unless there is some past history. That is to say, if you make a bad first impression, INTJs don’t automatically assume that impression is the entirety of your character. Analysis is always open. INTJs are always collecting data to add to their framework of who you are and how you operate. So, they may open up as they get to know you. Conversely, an open and unguarded relationship can quickly change if trust is broken and a betrayal occurs. Keep in mind, INTJs are not feeling types. Does it hurt to be betrayed by someone you trust? Yes. INTJs feel that pain, deeply; but equal to the betrayal, they resent that someone would make them feel this negative emotion. They also resent having their analysis of someone’s character be proved wrong. Betray an INTJ, and it is unlikely that you will ever regain their trust, and certainly not at a level you once enjoyed.

Leveling Up WITH AN INTJ

Another factor that compounds INTJ female guardedness is the J or judgment at the end of INTJ acronym. While judgment isn’t an actual cognitive function, it is a characteristic, which means that INTJs, simply put, like to have a plan. Interestingly, as opposed to P’s or perceivers, who like to keep their options open and are more spontaneous, J’s are slower to make decisions. Because they are working toward a long-term plan, J’s have to keep their options open longer in order to gather all the data required to lock in the plan. This element works with INTJ rationality and further slows down the process, especially in terms of romantic relationship building, as long-term viability is considered.

A final element of INTJ guardedness is social rejection, as we talked about in our Why is She Independent article. As mentioned in that post, many INTJs have experienced rejection of their core selves; when they have opened up about interests or thoughts, they have been ridiculed and betrayed just for being themselves. This rejection often occurs at a young age, causing INTJs to learn not to trust people. While this may not be true of all INTJs females, opening up can be both scary and a risk for those who have experienced this kind of hurt. It’s hard to shake those formative memories. For this reason, some INTJs may be even more guarded as they fight through their feelings of fear of rejection. In such a case, patience and sensitivity can lead to an INTJ female revealing the quirkier aspects of herself in layers, a litmus test, if you will. Depending on the reaction to the character trait revealed, a level may be completed . . . or failed. This happens all the time and only the INTJ will know when and what the tests are. As someone who may be pursuing a relationship with the INTJ, you may never know when a test was presented, or whether you failed, or passed. While this might seem like an INTJ is just playing games, it is their way of being on guard in a relationship. As the saying goes, “Don’t let a bull in a china shop.”  It is up to the INTJ to decide whether you are a bull trying to batter down her walls, or a connoisseur who understands the value of her wares.

Now that we are publishing our fashion as part of our longer posts, it may seem a bit awkward to add fashion in with this post, but we wanted to make sure that we were able to include some of our fashions for February.

Our anti-romance fashion look embodies the guarded girl. The Zara bag lets other know you’re not interested without having to say a word. Silver shades let you throw shade in anonymity. The dark colors with the pop of deep red say don’t approach first.

Our romantic look is sweet but sophisticated. You’re a serious woman who has found the one to let your guard down with, but you still don’t want just anyone coming up to you.

Interested in loving your guarded INTJ better, check out last year’s article where we discuss how to love the guarded girl.