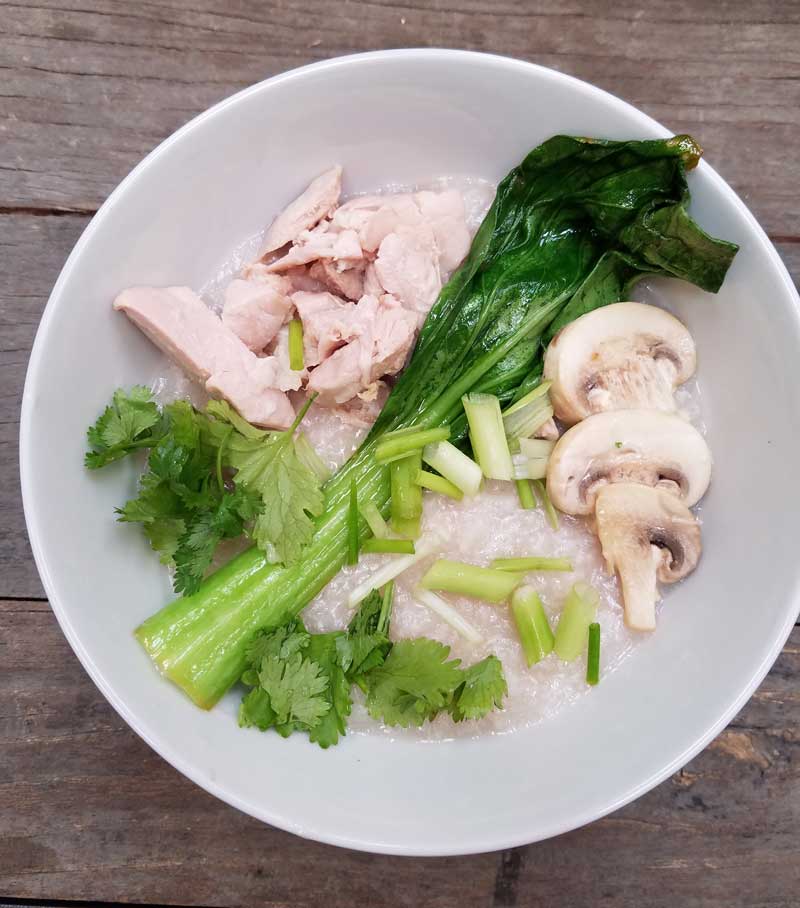 Like much of the rest of the country, Minnesota has been battling a deep freeze with sub-zero temperatures day-after-day-after-you get the picture. There’s something about the monotony of cold weather that just saps your energy, but below zero temps are a common occurrence in the state. For many other parts of the country, December and January are cold, but around February, the thaw begins. Not so for Minnesota. December is a warm-up. The coldest of cold hits in January, and we’re not looking for warm temps until April, sometimes May. This year, with abnormal winter weather across the country and a worse than normal flu season, we’re all feeling the cold. With temps this cold, it’s important to keep your immune system revved and resistant to winter. It’s also good to be prepared for those frost-bitten weekends when staying in is an option, and the only thing you need to survive another below zero day is a warm bowl of yum to chase away the winter chill. That’s why it’s time for another Girl + Food recipe. I love a good nourish bowl, but when the winter chill starts wearing you down, sometimes the best medicine starts with a bit of carb(y) goodness. That’s why I’m sharing my take on a thousands-of-years old Chinese standard – congee.

Anyone with roots in Chinese culture will tell you that congee is the go-to-food for when you’re feeling poorly (as my African American ancestors would say). My first encounter with congee was at Japanese camp in Minnesota. We were served a watery gruel style of congee as part of a learning activity showing class divisions in Japanese culture. I remember thinking at the time that congee was a punishment. Later, I tried congee as a breakfast selection at The Mandarin Oriental in Paris. While almost every aspect of that breakfast was delicious, the congee was, once again, a disappointment. It seemed to my American palate to be nothing more than a bland, watery soup with mushy rice, which made its role in Chinese culture as a traditional and well-loved dish all the more surprising.

It was not until I sampled congee in Hong Kong that I would change my mind about the palatability of this well-loved dish. So, how did I go from congee as punishment to a genuine appreciation? One word. Stress. My first trip to Hong Kong was for the purpose of studying for my M.F.A. It was also my first time traveling alone on an international trip. I’d traveled internationally before: Japan, Paris, London, but for those trips, I was always with my family, or part of a group. The biggest stress for me in traveling to Hong Kong was a lack familiarity with the Cantonese language. Japanese, I know, having studied it for six years. And the French speak English rather well, as do the British (well, not sure about the Brits. Just kidding).  I had tried one of those Cantonese audio programs, but tonal languages are no joke. So, I arrive alone to Hong Kong, unable to speak Cantonese, or read Hanzi (also known as Kanji in Japanese, though Chinese Hanji characters are pronounced differently). I was beyond stressed. If I could only make it to my hotel, I thought, then I could relax. Of course, that didn’t happen. Instead, I took the wrong shuttle bus and ended up, not at my hotel, but at an apartment complex near my hotel. Ordinarily, something like this would have been simple to fix, but the shuttle bus had trundled happily off back to the airport, after having deposited me at the front of the apartment. Worse, it was late at night, after 10 p.m. All I could imagine was me wandering down the road, with my stacks of heavy luggage, trying to find an English speaker. I was lucky though. The apartment had a club house worker who saw my dilemma and offered to call a taxi for me (We were in an area with many foreigners, so she spoke English!). I gratefully took her up on the offer, and was, thankfully, soon ensconced in my hotel room. But the long hours of stress had taken their toll. By the time I woke up the next morning, I was starting to feel a bit under the weather. Stressed, or not, sick, or not, I had things to do; so I got up, ordered the Hong Kong from room service, and was pleasantly surprised by a fantastic feast, which featured congee front and center.

The congee served to me on that morning was unlike any I’d ever had before. Rather than watery, it had a creamy, almost risotto-like consistency. Instead of bland, it was fragrant, flavorful, and, to be honest, restorative. Don’t get me wrong, the rest of the meal was incredibly tasty, but the congee was a revelation. It was then that I realized that congee is a dish that has somehow gotten lost-in-translation. No longer a congee skeptic, I am now a genuine fan. And while I don’t know any Chinese secrets for making out-of-this-world congee, I’ve done my research and have come up with my own recipe to make you feel satisfied on those frigid cold days when the only thing you want is to sit fireside with a big bowl of something warm and cozy. Better still, this recipe utilizes a slow cooker so there’s minimal fuss!

Print Recipe
Girl + Food | Ginger and Chicken Congee
I love a good nourish bowl, but when the winter chill has gotten to be too much (and I haven't made it to the grocery store for awhile), sometimes the best medicine starts with a bit of carb(y) goodness. That's why I'm sharing my take on a thousands of years old Chinese standard - congee. 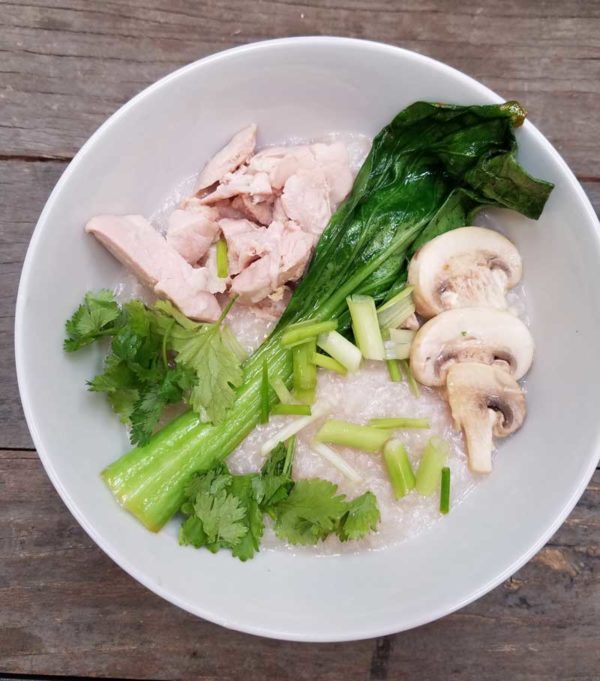 It's Your Turn. Tell Us, What Do You Think? Cancel reply

This site uses Akismet to reduce spam. Learn how your comment data is processed.