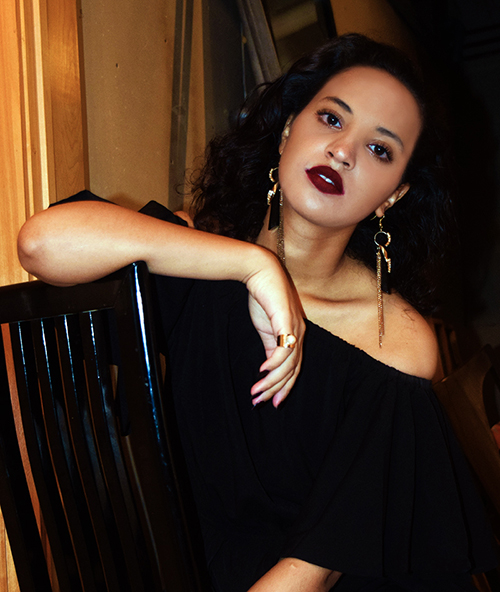 I’ll be honest, the INTJ female isn’t for everyone; she isn’t meant to be. This cognition style is rare in the female gender. Her needs are different from the average girl. If you are interested in loving an INTJ female, then it’s best to go in forewarned and knowledgeable. Your INTJ will appreciate you all the more for it.

So what are INTJ females looking for in a mate? It’s hard to speak for all INTJ females as love is subjective; experiences vary, and attraction is personal and genetic; however, each of the traits we’ve talked about this month can act as a guide to the traits an INTJ female might find attractive in a partner.

The Guarded Girl = The Patient Guy

The guarded girl has walls, but they are there for a reason. The patient man will let the relationship grow in its own time and on its own path. The patient man will know that rather than climbing or blasting through the guarded girl’s walls, it’s more strategic to gain entry with diplomacy and care. To be invited and trusted behind the walls is the first step to building a connection with an INTJ female. To an INTJ, a lack of patience indicates that you are what the walls are there to protect against. To build the relationship, be consistent in how you present yourself to the INTJ female because she notices inconsistencies. With guarded girls, it’s important to not be someone who violates boundaries, or who views relationships in a transactional manner. INTJ females won’t thank bow down with gratitude because you like them, in fact, they may run the other way.  Connecting and forming attachments to other humans is tricky. Some people are open, others won’t open up until they know they can trust you. That’s life. That’s love, especially when you love a guarded girl.

The Independent Girl = The Self Confident Guy

The independent girl has goals for her life. She is self-reliant and does not need a partner to bolster her ego. Instead, when she looks for a mate, she is looking for someone who respects her autonomy, her need for solitude and reflection, and her drive to reach her goals.  Since her self-perception is not wrapped up in the idea of being someone’s “girlfriend” or “wife”, the independent INTJ girl is looking for a self-confident guy who is fine with the knowledge that, though she is committed to him, she will not rely on him for everything she wants or needs. He is confident enough to know that by spending time with him, the INTJ is choosing him over other people and over solitude. He also understands that neither his worth, nor his masculinity, is determined by his woman’s need of him, but by who he is as a person. Finally, he knows that his INTJ does need him in ways that only he can fill, in ways that only the two of them see.  These are the needs upon which he focuses his attention, forging a connection that may be invisible to others, but is both powerful and necessary to his INTJ love.

The Paradoxical Girl = The Human Guy

Sugar and spice is so 1960’s female. The paradoxical girl is a product of a complex society. She is human, made of contrasts and contradictions, as such, she needs a guy who understands that though she is an INTJ, she is not a robot, but human. The paradoxical girl understands both her own humanity and the humanity of others. She accepts you, flaws and all, and loves you in all of your strengths and weaknesses. In turn, she is looking for a guy who isn’t put off by imperfections or looking for a fantasy. To be the right guy for the INTJ female, you must accept that her humanity is made up of paradoxes and flaws along with amazing perfections. Love the human girl, not just the mastermind. Loving an INTJ girl is as simple as accepting that nothing and no one is perfect. We all have paradoxes. Knowing this smooths the path for your relationship with an INTJ girl.

Commitment needs commitment. Unfortunately, too many guys approach INTJ females with a fast lane mentality. Want to get to committed with an INTJ female? The only way is to slow down and prove yourself over a period of time. You may want to check the interest in romance once a friendship is established, to see if it’s worth moving the relationship in that direction, but if you’re a drive-by type of guy, then the INTJ female certainly isn’t for you. Friendship first tends to be their preferred relationship style. If you can commit to a relationship in general (friendships are relationships) this is the first major step to getting to know an INTJ female. With a strong, healthy connection as friends, the potential for “relationship status = committed” can more easily become reality.

We hope that these articles have helped those who love and care for, or are interested in, dating an INTJ, as well as for INTJ females trying to understand their own responses. As ever, I’d love to hear your thoughts or answer any questions you might have.

p.s. thank goodness February is over this week, am I right???

Earrings: make your own, instructions here

A wonderful evening comes to an end. It’s time to let your hair down and reflect. Is he the ONE?