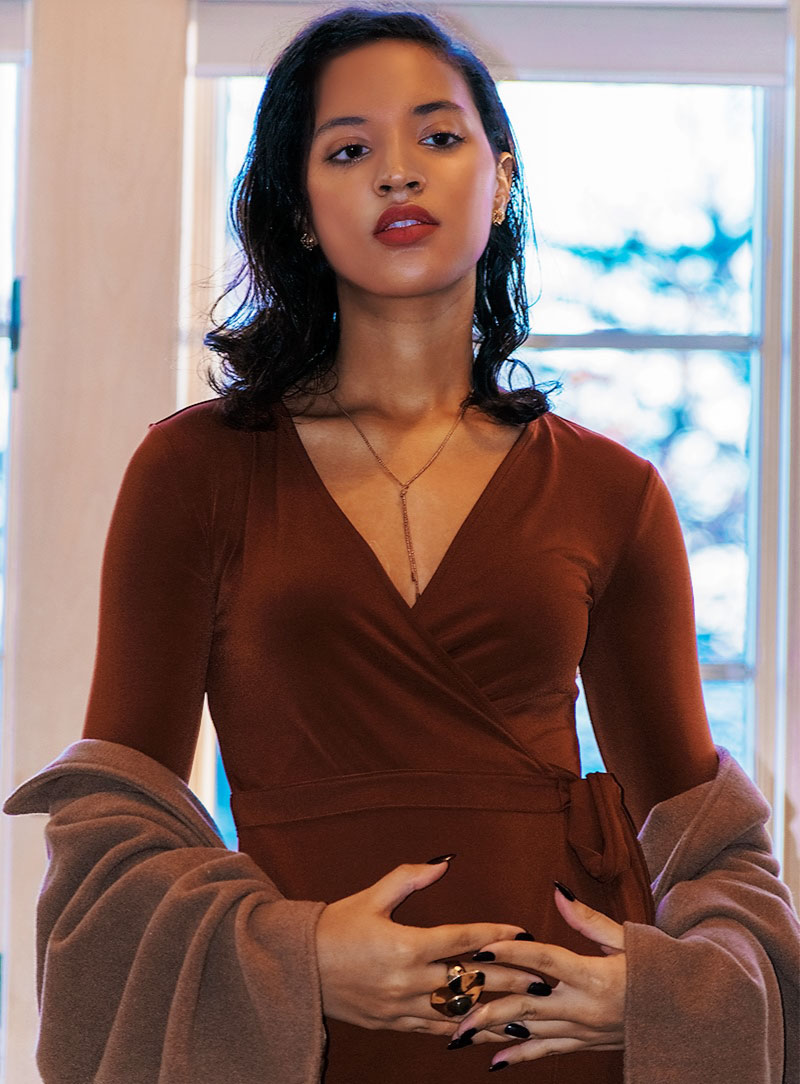 Last week, we talked about how INTJ females are guarded when it comes to love, but making the assumption that a guarded heart means that the INTJ is fragile, and in need of a knight on a white horse to save her, is a mistake. Instead, the INTJ female is fiercely independent, and that independence can further complicate the relationship if you are trying to win her over.

Yes, there is a fragility that is a part of the INTJ female’s nature, but independence is a core component of her personality. Engage with the INTJ female community, and you will commonly encounter phrases such as: INTJ females aren’t looking for their other half, they’re already whole; and, the princess killed the dragon and lived happily ever after in her castle. In short, INTJ females don’t feel that they need anyone to complete them (especially not a man). Your INTJ crush isn’t on the lookout for a partner in crime, not in the least. Would they like to get married and have a family. Depends on the INTJ. Depends on the cultural expectations. Depends on the type of men she encounters. It just depends. If you’re a man with your eye on an INTJ female, this concept may be jarring, especially as American culture has long encouraged women to believe that their only purpose in life is to convince some poor schmuck to buy them a piece of pressurized carbon. Unfortunately, for the guy in pursuit of the INTJ female, one of the first tests that your crush will put you through has to do with whether you can respect her independence. In reality, independence is a negotiable aspect of every relationship, but for the INTJ female, it is important that you understand this early on. As an individual, she shouldn’t have to give up her independence for your happiness. Most INTJ females won’t. Once you’ve proved that you respect her independence, you’ve passed the test, and independence becomes negotiable (both yours and hers). Just know that at the start of your “pursuit” of her, this is a tricky area.

Still interested in your INTJ crush? If so, here are some tips on how to embrace your INTJ female’s independent nature.

Tips for Loving the Independent Girl

Whether or not you believe in the idea of “finding your other half,” the independent girl isn’t looking for someone to complete. She is looking for a complementary partnership. Independent INTJ girls have had to rely on themselves most of their lives because, for better or worse, they’ve learned that others can disappoint you. So, if you are interested in an INTJ woman, you shouldn’t focus on being supplementary, a half of a whole; instead, focus on being a complementary partner. Connect based on strengths. Deepen the connection through supporting each other’s goals. Be two powerful people who come together and excel. For lack of a better example, be Kanye to her Kim (Kanye West and Kim Kardashian, like them or hate them, they’re a power couple). When your energies are complementary, you give the INTJ female a clear reason to choose you. Are there areas of weakness for each of you? Sure. Will there be moments of failure, or loss of power? Undoubtedly. My point is this, you’ll never win an INTJ female with neediness, or with patriarchal fables that tell her she lacks something without you.  The INTJ is living in the present, but mostly in the future. The 1950’s (when men were the king of their castle) are a time best left in the past in terms of attracting the INTJ female.

Ah yes, mansplaining, the time-honored tradition of a man explaining something to a women in a patronizing way. There is no quicker way to lose an independent woman than by explaining simple things, or even complex things, with an air of condescending superiority. If you are attracted to an INTJ, it is to be expected that you possess enough emotional I.Q. to respect the woman you care about. Respect her humanity. Respect her individuality. Respect her intelligence. If an independent woman needs to know something, they will probably go to the best source for the answer, and if it’s not you, it’s certainly not an insult. When a partner preemptively explains something he thinks might be unfamiliar to an INTJ, or when he makes assumptions that she doesn’t know something BECAUSE she’s a woman, he is merely broadcasting insecurity and disrespect. I’m not saying that INTJ females are more intelligent than anyone else. They know what they know, AND they know what they don’t know.  If they ask you for information, by all means explain (you should still avoid condescension, no matter what the cognition style). Treating your INTJ crush with respect for her intellect will go a long way to giving you an aura of attractiveness. Don’t go overboard on respect, and treat her like your mother, or your school teacher. She’s still a woman, and there are many areas where she will appreciate your taking the lead, and treating her as though she is YOUR woman. Just respect the intellect.

I know that it can be frustrating when your independent girl never seems to need, or want, your help. Often, they just don’t think to ask for it. Even when you ask if they want help, they may reflexively respond with a denial. In this case, a partnership mindset will be a big help. If you can cast the situation from a partnership perspective, or just identify things that you should do because you’d be more effective, she’ll have no reason to deny your help, and will begin to rely on you more readily as this shows you are a man of initiative, which is really sexy to the independent woman.

While independent women rarely ask for help, if you’ve become someone they feel they can trust, they may, in time, start to rely on you. Take this seriously. Any missteps early on, and you may be written off and never trusted to “help out” again. The first few times you are trusted, the independent woman is testing the waters. If you are incapable of rising to the task, or have the wrong response, you will be checked off the list as someone to rely on. When an INTJ asks for help, she is not asking you to be God. If you don’t know something, be direct about not knowing. This will win her respect.

INTJ females have high expectations, not only for you, but for themselves. Don’t be surprised if those things that charm other women don’t work on her. In any important relationship, the behaviors that grow and nurture love are individual to that couple. If you think of it from this perspective, it’s easier to understand that these tips are not requirements. They’re negotiable aspects of your connection together. When an INTJ knows she can rely on you to work as hard as she does at your relationship, and be respectful of her, it’s like spraying an aphrodisiac on yourself.

Independent girls need their alone time. However, they are passionate, loving women — only, not all the time. Seriously, don’t engage when it’s clear they are enjoying their space. Surprise hugs, indiscriminate groping, copious amounts of PDA are all turn offs for the INTJ. If you are an affectionate person who loves to slobber all over your partner in public as  a mark of ownership, look for a different type of woman. INTJs tend to keep their affection private. However, to an INTJ romance is . . .well, it’s romantic. Still, while they can be spontaneous, planned spontaneity can be fun, and increase your attractiveness quotient. It makes you look romantic to request some alone time, only to whisk her away to a candlelit dinner, or, say, a weekend trip to Paris (LOL, if you’ve got it like that). It really depends on your INTJ’s interest. I’m an avid football fan, and would enjoy watching the game with a partner. What I’m saying is that INTJ females are not immune to romantic gestures, they just appreciate planning, and they dislike broadcasting their relationship in a juvenile manner. Also, don’t expect them to constantly call, text, or respond at your beck and call. If you want a woman who is desperate for your attention, look elsewhere, because the independent girl might not contact you for a couple of days, or even longer, unless you’ve established a communication pattern with her, even then, to get a more frequent pattern of communication, you should come prepared with interesting ephemera and informational details (they do love to learn, just not to be condescended to).

Extroverted sensing is a weak point for INTJ females. Because of this, you already have a clue as to some of her weaknesses. For the independent woman, staying in the present, taking care of small, inconsequential details, keeping a perfectly spotless house are all areas where your complementary energy can make a big difference. Provide snacks, or tidy up, the independent girl will appreciate it.

That’s it for tips. Although the article was directed at guys who may be interested in an INTJ female, the outfit pictured in the photos is a great date night outfit.  So, if you’re still looking for the perfect date night dress, throughout the month of February, we will be contrasting date night outfits with anti-romance outfits. By the way, unlike many of the fashions we share here, this dress is still available at Forever 21, and it’s only $15.90  (February 6, 2017).  Neither the link, nor the promotion were paid for by Forever21.

Update: If you’re an INTJ female who would like to educate your crush on how you think, send him a link to this, and our other “Loving the INTJ female” articles.