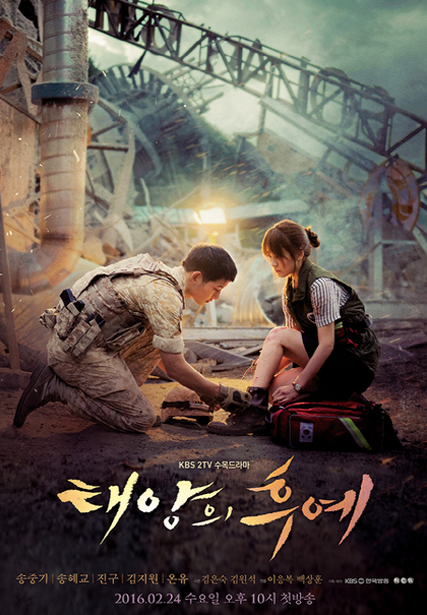 Oh! The Drama, Korean Dramas are Coming to America

The Rise of Korean Television in America

If you’ve read the blog long enough, you may have seen some of our past articles about Korean dramas. For the uninitiated, Korean dramas are a more like a movie than a television series. A drama tells a story from beginning to end, usually in 16 to 20 episodes for each production. Kdrama genres range from melodramatic tearjerkers to gritty crime procedurals. More importantly, Korean dramas (Kdramas) are one of the top cultural exports of the South Korean economy.  With an economy that is the fourth largest in the region, estimated at $1 trillion USD, and a GDP expected to expand by 2.8 % this year, the Korean drama wave (or Hallyu wave) is an example of what the Korean government terms as “soft power”.  Soft power is a strategy that shapes impressions of a region through the use of culture and entertainment exports.

There is no doubt that South Korea has mastered the soft power strategy effectively. And, maybe the hallyu wave hasn’t completely overtaken the American entertainment market just yet, but Hallyu rising will be getting a big boost as Netflix joins other entertainment powerhouses, like Turner Broadcasting (Oh!K) and Warner Brothers (Dramafever), to invest in developing original Korean drama content. Cashing in on the magic of Korean dramas is a major industry, from beauty (with a 22 percent rise in overseas sales of Korean cosmetics in 2016) to remakes of Korean Dramas in Taiwan, China, Latin America, and now America.

In addition to broadcasting Korean content, many of the more popular dramas have been optioned for remakes in the U.S., including, My Love from Another Star, Oh My Ghostess, and Nine: Nine Time Travels. As a measure of Kdrama popularity, My Love From Another Star raked in an audience viewership of 24% , according  to Gallup Korea, adding an additional 2.5 billion streaming views on the Chinese platform, IQIYI, over a three month window. While these dramas were quite popular internationally, their American remakes have been held up in production, not making the cut for TV lineups. Perhaps that will change if the numbers are successful for the upcoming The Good Doctor, set to air on ABC Monday, September 25th, 2017.

Embarrassingly, while Good Doctor (Gut Dakteo ,굿 닥터) aired in Korea in 2013, I just watched it this past summer, before I knew there would be an American remake. A medical drama about an autistic savant who becomes a resident in the pediatric ward of a major hospital, the drama is both heartwarming, emotional, and, most importantly, universal. While many Korean dramas play with universal concepts, the particular setup of this story may be why it got the green light over other potentials. The medical setting will already be familiar to American viewers, and a main character on the autistic spectrum serves to educate those unfamiliar with the condition, as well as to present a more human picture of those affected by autism.

Korean Dramas, while having global appeal, are very different from American television, which tends to focus on the violence and sex. Korean Dramas often rely on broad strokes, but the best of the breed offers nuanced stories of the human condition. Over the years, cultural mores have expanded to show a more open acceptance of sexuality, but usually in a far more tame manner than American entertainment. As for violence, although there is a lot of violence, both subtle violence that would be unacceptable in American entertainment (a mother slapping her son), and the type of violence that Americans seem to thrive on (hero vs. villain), the way violence is portrayed is different. Guns are illegal in Korea, so violent acts are more psychical. Additionally, violence is often used as a plot device rather than a mindless portrayal of strength in which blowing people up is seen as a necessity in American entertainment. Often, when weapons are shown in Korean dramas, they are blurred out, an odd act of censorship as it’s often only a light blurring of the image so that you can still see the weapon. While there are more differences between American TV and Korean TV, these particular differences, as well as the shorter format of Korean Dramas versus the typical 24 episode and seasonal format of American TV, may prove challenging when adapting Korean Dramas for American TV.

As U.S., Europe Looking to Catch Korean TV Drama Wave suggests, perhaps unscripted Korean TV shows are more easily adapted for American TV. One such TV show, Better Late Than Never, based off of the Korean show, Grandpa’s over Flowers, received high ratings and has been renewed for a second season. Both shows follow older male celebrities as they backpack around foreign countries. The reality TV genre is incredibly popular with American audiences, as was stated in Why there is less reality TV on television this fall, “reality television was at the top of the ratings this summer [2016], consistently dominating the top 20 among the coveted 18-49 age demographic in total viewers, including NBC’s “America’s Got Talent” and CBS’ “Big Brother.” In the search for new content, however, less reality style TV shows were set to air for the fall 2016 season with only nine of the 87 broadcast prime-time hours dedicated to reality TV, which was down from 12 hours the previous year. Reality TV has been steadily decreasing over the past few years as broadcasters look for innovative content; yet are afraid to try new things. Perhaps copying formats from foreign shows will give a sense of fresh and innovative programming to American audiences as other reality shows such as Shark Tank (Japan), American Idol (UK), and Fear Factor (Netherlands) have done in the past.

It just might be that the decline of reality TV is a signal that more scripted television is on the horizon for American audiences. If that is the case, it’s not inconceivable that some Korean dramas could find the kind of success that other scripted imports have also found in the past, including Ugly Betty (Columbia) and Jane the Virgin (Venezuela) with an average of 8.1 million views and a 7.7 respectively, out of 10, on Rotten Tomatoes.