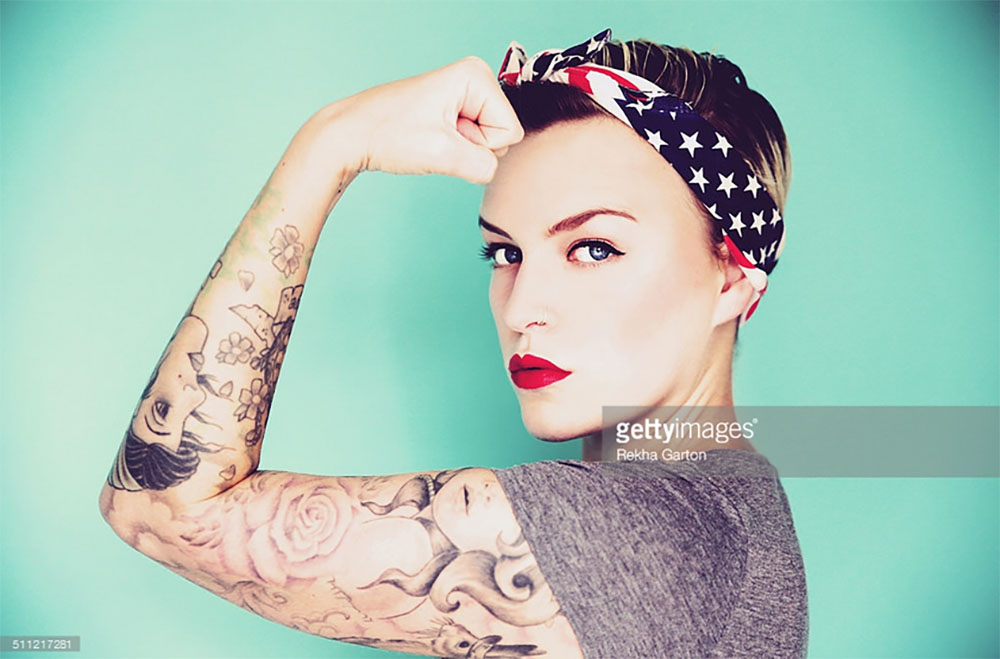 In honor of Women’s History month, today we are talking famous INTJ women. There are plenty of lists on the internet of famous INTJs and, while it can be hard to type historical and/or public people without them confirming their type, my selections for this list are women who have appeared on several different lists. The purpose of this list isn’t to inform you about INTJ females, but to share with you a bit of their journey with the hope of inspiring you to use your INTJ powers to build a life that inspires other masterminds.

Former US Ambassador to the United Nations, serving from 2013 to 2017, Powers is certainly an inspirational woman. In 2016, Forbes listed her as the 41st most powerful woman in the world. How’s that for INTJ world domination? Powers specializes in human rights. Throughout her career she has been the director at the Carr Center for Human Rights at the Harvard Kennedy School, served as Senator Obama’s senior advisor, then special advisor to President Obama, as well as the Senior Director of Multilateral Affairs and Human Rights on the National Security Council. As if all that isn’t amazing, she also won the Pulitzer Prize for her book, A Problem from Hell: America and the Age of Genocide.

Watch Samantha Powers speak to the Security Council on the situation in Syria.

What? Ashley Olsen? Isn’t she one of those twins from that television show, Full House? Why yes, yes she is. She is also an INTJ. And although she works in a different realm from Samantha Powers, as a head of her own fashion house, Ashley Olsen is no less impressive. Yeah, you might not be able to get her kitschy 90’s acting movies, made with her twin sister Mary-Kate, out of your head, but Ashley is a serious girl boss. At 30, Ashley is co-president of four fashion brands: The Row, Elizabeth & James, Olsenboye for J.C. Penny, and a t-shirt line for Style Mint. In 2012, The Row won the Council of Fashion Designers of America Womenswear Designer of the Year award. With so many brands, it’s no question that this INTJ is busy running her fashion empire, and providing the world with INTJ fashion sensibilities.

Watch Mary-Kate and Ashley discuss their brand, The Row.

One of the top female tennis players in the world, Navratilova embodies  INTJ uchi-soto. Despite her achievements, she is the ultimate insider/outsider. Larry Swartz describes it in his article, Martina was Alone at the Top as, “To have achieved so much, triumphed so magnificently, yet always to have been the other, the odd one, alone: lefthander in a right-handed universe, gay in a straight world; defector, immigrant; the last gallant volleyer among all those duplicate baseline bytes.” Navratilova is the only person in history to have the top spot in both singles and doubles tennis for more than 200 weeks. She holds the all-time record for women’s doubles titles at 31 wins, and she has won 18 gram slam titles, among many more achievements.

200 years after her death, INTJ, Jane Austen, is still venerated for her literary work (something she received little of during her lifetime). Austen focused on social commentary of British Regency era society, and a woman’s role in that society. While not much is known about Austen’s private life, her sister Cassandra destroyed many of the letters they wrote to each other in an effort to protect her sister’s legacy; yet it’s clear from Austen’s work that she exemplified INTJ honesty and wit. Recently, it was revealed that, in the summer of 2017, Austen will appear on the £10.

Watch this Expose on Austen’s life and works.

Former First Lady Michelle Obama is an INTJ who has had a taste of world domination. Besides being a Princeton and Harvard Law alumna and, only the third first lady with a post-graduate degree, Obama has worked as an assistant to the Chicago City mayor, the executive director of Public Allies, and the Associate Dean of Student Services at the University of Chicago. As First Lady, Michelle led initiatives focusing on healthy eating and exercise, women, and the work family balance, help for military families, and arts and education initiatives. Michelle Obama proves that INTJ females are not only intellectuals, they are also balanced, considerate, and caring people. Moreover, she is proof that there are no heights an INTJ can’t reach.