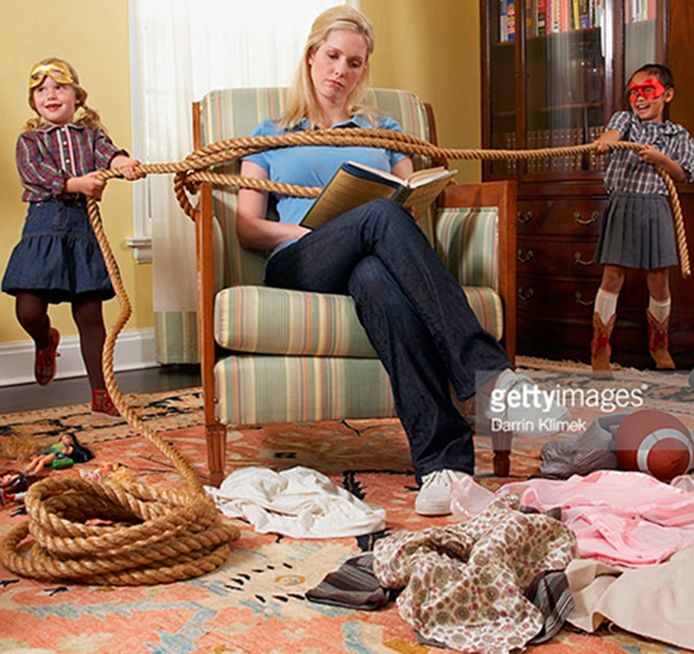 Surviving Two INTJ Kids: Perspectives From the Other Side

Surviving Two INTJ kids: Please, Someone Help Us! Sincerely, AN INFJ and An (E/I) NTP Parent

Is it nature, nurture, or some combination of the two that makes up who we are? How does nurture influence our cognition style? It’s impossible to say; but it would be impossible to disqualify the role that parenting has on how we turn out. If you’ve read The Joys and Tribulations of being INTJ siblings, then you’ll know that both my brother and I are INTJs. Dealing with one INTJ can be a trial, so having two on your hands could qualify as a nightmare. Luckily, my parents survived to tell their tale. I got my parents to share their thoughts on raising not just one, but two, INTJ kids. As both of my parents like to talk, I’ve broken the interviews into two posts. What follows are thoughts from my INFJ mom. Next week, we’ll hear from my (E/I) NTP dad (he is an ambivert; switch between introversion and extraversion).

Surviving Two INTJ kids: Perspectives From the Other Side

According to my INFJ mom, raising INTJ children is not a nightmare, but it does require a certain mindset.  As she puts it, the phrase: “Because I said so,” doesn’t work with INTJ children. Instead, she believes that parents of INTJ children play a role in helping INTJs develop a process for thinking systemically. Although she did not know that we were INTJs until high school for my brother, who was required to take the Myers-Briggs test as part of career advisement, and shortly thereafter for me, she did think of us as inquisitive and easily bored.  Following, is her take on certain child-rearing topics as they apply to INTJs.

How Would You Describe INTJ Children?

First, just because both [of my] children are INTJs, doesn’t mean that I am an INTJ kid whisperer, or guru. Human beings are diverse. The lessons I’ve learned as a parent of two INTJ kids do not apply to ALL INTJ kids. I’m not a psychologist. I’m a parent. Take these views with a grain of salt. I’m happy to share some of the insights I’ve gained, but I will try to keep things as general as possible.

I will say that when my INTJs were young, they were (actually, they still are) extremely curious. Both wanted to break things to see how they worked. When they’re young, INTJs don’t really understand what’s pushing them to break things apart, but I’ve come to believe that it’s about understanding processes. When you, as a parent, can’t, or don’t want to, explain a process, that’s when they get the most frustrated. If it’s repeated, kids can turn that frustration inward and begin to think there’s something wrong with them, or they can get angry at you and/or the world, so it’s important that parents pay attention to INTJ learning. Give INTJs mental work, mental challenges. Expect that INTJ children may test boundaries, but that the testing of boundaries is not inherently rebellious. Often, for INTJs, the testing of boundaries is as much about understanding both boundaries and the consequences of breaking those boundaries. If you can allow your INTJ child to take things apart, and then patiently help them put things back together (or not get upset because you’ll constantly throw things away), you will be creating an environment focused on developing your child’s abilities. Eventually, the breaking will stop to be replaced by system building. Getting frustrated with questions (unless your INTJ child is gaming you, which they are good at quite early on), or with curiosity, is something you want to avoid in parenting INTJ children. Also, you may have to stick up for your child when other adults want to use adulthood as an excuse to be dismissive of your child’s learning process. This doesn’t mean allowing your child to be rude, instead, it’s about honoring your child’s developmental process, and not allowing adults to make your child feel guilty for a curiosity that goes beyond shallow depths.

Is there anything you wish you had known when we were young?
I really wish I had known about Myers-Briggs. If I had, I think I would have had been able to draw on that understanding as a parent, and that it would have saved a lot of frustration. I followed Doctor Penelope Leach’s philosophy for a bit, but felt that it encouraged acting out, over connected learning. There are so many different parenting philosophies, and I often found myself pulled between permissiveness and being more strict. Parenting any child, let alone an INTJ, is not for the faint of heart. Even so, I think I could have done a much better job if I had known what to expect from the INTJ cognition style. If I had understood that INTJ cognition style meant that my children were introverted, intuitive, imaginative, long-term thinkers, I think I might have been more accepting of certain traits that I saw as counterproductive to them (introversion for example). Also, I think I would have made more of an effort to define our family value system based on logic, rather than my own fall back position of feelings. I think a lot of INTJs are not interested in people as a system, even though they are systemic thinkers. INFJs, on the other hand, find people, and their behaviors, fascinating. So, I would have wanted to clearly delineate human systems and patterns of behavior in humans. I often said that families are the first system kids have to operate in, but I don’t think that was clear enough. It would have been more clear to say that a family operates best with a joint set of values, rules, and responsibilities. We all voluntarily adopt these values, rules, and responsibilities in order to ensure a certain level of peace and order.  Additionally, the values needed to have a basis of thought and logic. In essence, I wish that family rules had been presented, not as arbitrary, but as a way to mirror important values and behaviors that we wanted our kids to carry with them through life. Because they were not, I’ve ended up with kids who are just plain crazy (just kidding).

What’s the Most Important Thing to Understand About Disciplining Your INTJ Child’s Behavior?

In terms of discipline, when an INTJ is committed, you have to be equal in your commitment to following through on clearly defined consequences. Don’t be surprised when your INTJ prefers consequences over betraying their values, or being fake. This is one of those times when you may have to say to your INTJ child that, while they think differently from you on a subject, there are consequences to not following the rules. So, everyone has to be clear on (a) Rules, (b) The logic behind the rules, and (c) The consequences. With that being said, punishment should fit the crime, and not be excessive. In a way, parents of INTJ kids are lucky. Usually, good communication solves most problems. By good communication, I mean emotionless communication. Ranting and raving doesn’t help anyone. For me, as the only “feeler” in a family of “thinkers” being emotional has never produced effective communication. So when my little robots . . . I mean kids, were just as analytical as their dad, I thought that I would never be able to get my feelings across. What I found, especially as the kids got older, was that they don’t need to know the emotion driving a feeler. Emotions can overwhelm and frighten INTJs; yet, they are very caring, loving people. They are true and loyal friends and partners, all without excessive emoting. To get to that point, though, they need to know what’s important, and why. If it’s not illogical, they can do a better job of contributing to the family system than perhaps any other cognition style. INTJs just need the logic.

Why it’s important to engage with others. INTJs have introverted feeling. They can have difficulty dealing with their emotions. They are very good at putting their emotions in a box, and burying that box. They can also get wrapped up in their feelings, and not look at the big picture. When this happens, they may start to operate on automatic, and not be in touch with their feelings, or the feelings of others. Giving them a way to learn emotional attachment is important – whether that is through taking care of a pet, volunteering, or family connection time. Because INTJs can come across as abrasive, or emotionless, this can sometimes cause others to react negatively to them, causing a cycle of negativity that impacts INTJ’s view of people, and reinforcing the fear of emotional attachment. Parents have to be there for INTJs with love and affection (hugs). Parents can also help INTJs by breaking human interaction into systems. I was lucky enough to have studied communication (along with  human interaction and communication) in college, so it was something that was part of my knowledge base, but I just wish I had understood how important it was when my kids were young. I assumed that they would pick these things up from interactions with other children. Instead, I learned that it was my responsibility to formalize this knowledge. INTJs appreciate formalized knowledge over learning from situations. It’s easier for INTJs to learn from formal knowledge because context is usually a part of the lesson. When you’re playing with other kids on the playground, most of the learning that occurs happens outside of a context, and that can cause confusion for INTJs. Human behavior can be irrational. So, INTJs, the rationals, often feel as though they are missing something as they watch other cognition styles. Formalizing this type of knowledge can be a lot to ask at times. It requires tons of patience, and sometimes it requires that we frame simple life experiences from a contextual point of view, which can be difficult; but human connection is one of the most important things that we teach our children, no matter what their cognition style.

Just one final bit of advice. To those of us who are “feelers,” INTJs can really seem like they lack emotion. Even so, they are actually very good listeners. They pay attention to what you say, and they’re always assessing patterns. As a parent, don’t depend on them looking like they’re listening, or expressing some type of emotion, as a feeler would. You have to trust that they hear you. Then, you have to give them time to process that information. Also, don’t buy in to stereotypes about INTJs. Just because they’re supposed to be logical, doesn’t mean they automatically are. Logic is teachable. If an INTJ is not taught systemic thinking and given examples of good decision-making, it can affect their overall logic ability.

Obviously these are my mom’s opinions. The stuff she shared may not be true of everyone. One thing my mom is clear about is that much of her observation comes from hindsight. Still, it was interesting to hear her perspective on parenting us. Next week, we’ll hear from my dad (the “fun” parent). If you know, or are raising, an INTJ child, hopefully these thoughts will be helpful. Let us know your thoughts, and any advice that you might have as a parent, or what you wish your parents had known about raising you as an INTJ.

Check out part 2 of the interview here.