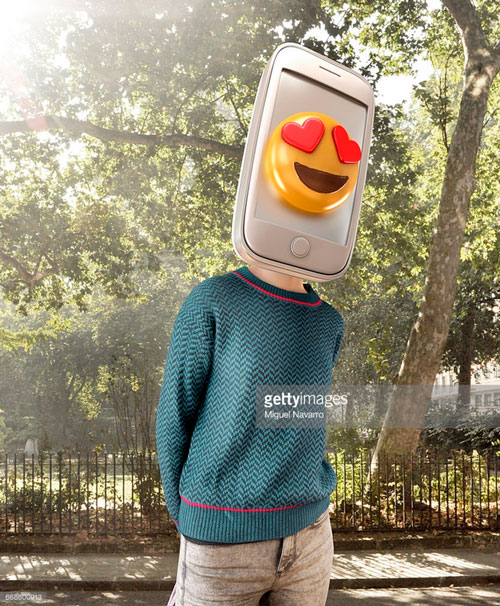 Now that we’ve covered the positives of online dating, it’s time to get into the negatives. If you missed yesterday’s article, catch up here.

Looking at my own recent experience in marathon dating, let’s just be honest: Modern day mate finding is not for the faint of heart. With the average age rising for people in first time marriages, online dating as a solution for finding a mate is here to stay. In fact, with the increase of data-driven solutions to just about everything in our everyday, it’s easy to imagine that algorithmic-based dating could easily become the gold-standard of marriage, with each company that offers the service vying for better outcomes based on clearly defined service parameters. Until that day, and as with any endeavor in life, online dating comes with both pros and cons. While online dating may seem more ideal than trolling bars, churches, or college campuses, for those of us who are introverted, online dating can be even more energy draining than traditional dating. The reality of online dating is that there are as many cons as there are pros, so let’s dive in.

THE CONS OF ONLINE DATING

Having so many profiles to choose from is both a good thing and a bad thing. It is the ultimate pro and con because, as any amateur psychologist will tell you, an excess of choice can result in negative outcomes, like decision fatigue or an inability to even make a choice. Excess of choice undoubtedly leads to the fishing behavior I described in That’s Not My Idea of Romance.

There was a tendency on the part of guys to assume that because we were matched, we were already halfway to the altar. If you agreed to meet them, and they liked you enough for a second date, it almost seemed that, for them, it was a done deal. The connection that was formed through digital communication seemed enough for most of my matches, but for me, and I think for any INTJ, once a connection is formed, we see it as a beginning. We want to learn more about the person. Most of the matches that I met seemed to think that the digital connection was the beginning, and the meeting was a confirmation.  Instead of in-depth conversations that led to further understanding, I was met with incredulity that I wasn’t already in love, ready to take the relationship further. I found this to be one of the negative aspects of online dating. This resistance to really digging deeper was surprising for two reasons: a week into my online dating adventure, there was a news story about a woman meeting a guy through a different dating app, and then calling her friends to come and rob the guy. The guy ended up dead. The story certainly made me more cautious; but seemed to have little impact on the guys I dated. Yes, of course they could have googled me; yet, for all they knew, I could have still been nuts. Digging deeper is important. Of course the match effect is not the dating site’s fault. It is the responsibility of the individual to get to know the person with whom they are matched, which is the second reason I found this resistance surprising. I would hate to buy in to the match effect, and then, one day, wake up married to a stranger because I didn’t take the responsibility to dig deeper. Moreover, I wouldn’t want to commit to anyone who didn’t look at the relationship in the same way.

THE GETTING TO KNOW YOU PHASE

As I said in the previous article, the automated conversation starters were helpful for getting a quick snapshot and sparking deeper conversations with potential dates, but they also got very repetitive. There were maybe 50 questions to ask your prospects, with multiple choice answers or fill in the blank options. Even though there was great variety, people tended to ask the same questions over and over, which got tedious pretty fast. This also also made it more difficult to differentiate between matches.

There was a fair share of crazy involved with online dating. I went in expecting some crazy, since we’ve all heard rumors of cat-fishing or crimes happening through dating apps, but sometimes you just can’t prepare for the level of crazy in the world. If you wish to avoid undue drama in online dating, avoid saying no. Don’t ask deep questions, as this is when the crazy most often came out. One guy said he felt like he was answering essay questions after I asked him a couple of simple questions, like why he went into economics, and what sports teams he liked. OK, he wasn’t much of a talker, but I don’t know how he expected to actually find love if he wasn’t willing to answer those “essay questions.”  He was another person who didn’t want a no when I told him that I thought it was time to end the discussion. Yet, how could we talk, if I was the only one talking? Another guy got mad when I asked if he planned on going back to school since engineering is a job that requires constant learning due to frequent technology shifts in the industry. His response? He didn’t mind me being well-educated, but further studies weren’t necessary for him. That’s fine, but I did wonder if he’d read the section on my profile that stated: Life-long learning is core to my value system. Another, got angry when I said that he was too young for me to date, but I wouldn’t mind hanging out sometime since he reminded me a bit of my younger brother. This match may have been dyslexic, as when I asked him why he responded angrily, he claimed that I had insulted him, and quoted back to me things that I’d never said. The sad thing about this temper tantrum, was this, had he scrolled down a short distance, he could have reread my original comments – none of which were offensive, or derogatory. I simply did not want to date someone younger. If this match had truly wanted to convince me that “younger” was better, he certainly went about it in the wrong way. Time and consistency are always more effective when dealing with INTJs. If that’s not enough crazy to convince you, perhaps the oddest crazy was “It’s Not Me, It’s You.” He insulted me for being close to my family. When I pointed out that there was nothing odd about being close to your family, he disagreed, and claimed that my good relationship with my family would somehow infringe on his independence. Yep. My family would infringe on his independence. We’d never even met when he made that statement. What we did have was a date set to meet up. This is the only time that I actually got angry with a match. At that point, I decided that it was time to end digital communication; but he still wanted to meet. This “discussion” about meeting lasted a few days, with me not wanting to move forward, and him trying to re-frame the context for his comments. Interestingly enough, his arguments allowed me to type him as an INTP (they love debates and when stressed, they want to argue over small details, while ignoring the main argument). I did go on the date with It’s Not Me. I found him to be an okay guy, whose extended family was a dysfunctional mess. An additional negative that comes part and parcel with the crazies, is the temptation to step in and try to save a match from themselves. Luckily, I’m an INTJ. There were times the Momager encouraged me to think more broadly about some of the crazies, but when I did so, I found myself becoming the stereotypical INTJ, standing back and surveying the mess with an “I told you so” expression on my face. In any event, the end result of dealing with crazies as a part of online dating is that, for introverts, these encounters can be extra draining. You can be a normal, balanced rational, yet there will be matches who operate solely from emotion and fantasy. Just remember, it is you, and not them. You are rational. They may not be. While it sucks to get insulted, or into fights with virtual strangers because they want you to be whatever fantasy that they’ve constructed about you based on your pictures, as opposed to who you really are, until they make a site for rationals only, your online dating experience will include the crazy.  So, this is one of those areas where forewarned is forearmed. Dealing with them is definitely a negative of online dating, but finding out that they’re crazy before you’re committed can also be looked at as a positive.

Yes, dating was on the positives list, but there are also some serious drawbacks with dating. Being an introvert and INTJ, the main drawback is the energy drain that comes with having to meet with new people on a continuous basis. Because of the serial nature of dating sites, every weekend was busy, and dating began to be a chore. Scheduling dates with multiple matches allowed little time to recharge from my busy work week, not to mention that, while it’s nice to have lots of options, weeding through the matches also used energy and attention. For introverts, reading profiles, answering questions, and asking questions all count as extroverting, which means it was just as exhausting as meeting in person. By the middle of the second month, I was in need a major people retreat. The other issue with online dating is a little more obvious, but still worth mentioning: the cost. As a modern woman, I chose to go dutch in most instances, although the guys usually offered to pay. In meeting multiple matches, the entertainment and activities costs added up quickly. Yet, in reality, online dating levies an additional cost on introverts. Along with the costs of dining, activities, and the cost of the dating service, it’s important to measure the cost of time and energy that you will expend. Weigh all of these costs carefully, and be sure you are ready to undertake such costs before signing up for an online dating site.

That concludes this INTJ’s adventures in online dating. I hope my experiences are helpful to other INTJ females (or introverts) interested in giving online dating a try.