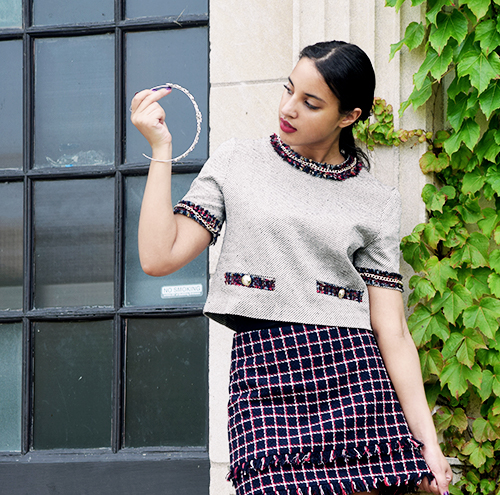 And, just like that, October is over and we’re on to November. This November, we are doing a special editorial inspired by the Netflix Original Series, The Crown. The movie shares the partly true, partly fictitious, story of the Young Queen Elizabeth. Now in its 2nd season, the series is set to release this December 2017, so we thought November would be a good time to get hyped for the coming season.

While the looks we will highlight this November were inspired by The Crown, our looks are not limited to the show’s parameters. After all, the show has a basis in history, and yet, our culture still reveres the idea of the modern princess with Kate Middleton (and now, possibly, Meghan Markle) held as an ideal of womanhood, especially as she was a commoner who married into royalty. So, our photo-editorial will cover”princess” looks. On Mondays, we will do a classic princess look; on Thursdays, we will share a modern princess look.

Honestly, being a real life princess seems so boring as to make you question whether being a princess is worth it. So, why do we shove this princess idea down young girls’ throats?

My Princess Theory is that being a princess is a cultural concept that can be used to create a culturally viable identity.  Those who follow the identity rules are the “in” crowd; those who don’t are out. This is especially true when it comes to modern fairy tales, a la Disney.  While giving females a concept of self, the Disney princess adds just one or two elements that are unattainable so that no one can ever quite be that ideal.

A case in point, I’ve been trying to get Princess Jasmine hair since forever. Yes, my Disney princess is Princess Jasmine. It was the first Disney princess movie I saw as a child, and I loved it so much that my first sentence was, “Abu, no!” At least, that’s what my parents tell me. I will always have a soft spot in my heart for Jasmine. I could relate to her appearance, she looked a bit like me—Snow White certainly did not—the only thing was the hair. I also liked the fact that she was, for the most part, tough. She fought for her autonomy. When I was a bit older, Mulan also appealed to me, another warrior type “princess”.

I have nothing against princesses (Disney or otherwise), but when I think back to how these fictional characters shaped my concept of self, and of who that young girl thought she wanted to become, I find it a bit frightening that many of the elements that influence our princess stories still have much to do with a princess list, a standardized good girl list, that ignores individuality, focusing instead, on cultural bromides that do little to guide us as human beings (Whew! Long sentence). Truthfully, most INTJ females don’t see themselves as princess types, nor do they want to be. Being a princess reduces us to a label with little substance, and a great number of requirements. Yet, the encouragement to be a princess, as cringe worthy as it seems to the adult me, is also a part of growing up. This series is my attempt to synthesize what being a princess means, across cultures, and how it shapes our sense of self. So, while our photos will show princess fashion, don’t expect a princess narrative.

And while we  wait for The Crown, we hope you’ll enjoy the videos.