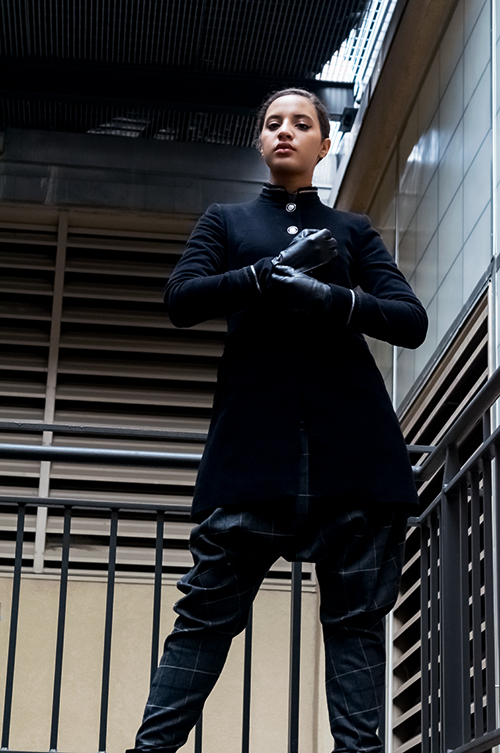 Similar to Captain Phasma, General Hux doesn’t get much screen time in The Force Awakens, but he makes up for the limited time through the simple expedient of the Hosnian Cataclysm. I don’t know about your moral compass, but while I don’t condone mass planetary genocide by any means, it’s clear that General Hux’s behavior has nothing to do with a lack of efficiency, nor does he lack strategic capability. Rather, Hux’s single, most pertinent problem is his incompetent employees. If not for the desertion of FN-2187, Kylo Ren’s drama, and Captain Phasma’s disloyalty, General Hux might have actually brought the First Order to full victory by the end of the first movie. Alas, the ineptitude of his subordinates ensures that we are in for two more movies.

Employee problems aside, how does a system-destroyer dress? The First Order military uniform is quite similar to its predecessor, the Imperial uniform, in that both uniforms utilize the jodhpur pant, an invention of our own galaxy and not one far, far away. Traditionally worn for horse riding, the pants are fitted, except at the hip where they flare out. Before the invention of stretch fabric, this design was needed for both flexibility and protection of the leg when horseback riding. Even though, in modern fashion, the pant is more known associated with equestrian styling, in the west, it was broadly adopted by military officers, especially those in the cavalry. Going back to the origination of the style, Sir Pratap Singh, regent (Maharaja) of the Jodhpur region in India, and fan of the sport of polo (which also originated in India), attended the 1897 celebration of Queen Victoria’s Diamond Jubilee, bringing with him the Jodhpur polo team. The legend goes that the team caused a sensation when they were seen in their jodhpurs,  and it didn’t hurt that they won most of their matches. The British quickly adopted the style, which only continued to grow in popularity, as military officers of the cavalry made the look a part of their uniform. So, while we don’t know if space horses exist, it’s not so odd to see jodhpurs on a military unit in space.

For our look, we have a military-inspired coat with silver trim on the sleeves, similar to the arm band General Hux wears to denote his rank. While the pants aren’t jodhpurs, they are similar to the Indian salwar or churidar pants, that gave jodhpurs their point of origination. So as to not be exactly like a dreary First Order officer, our version has a plaid flair and embellished military style boots.