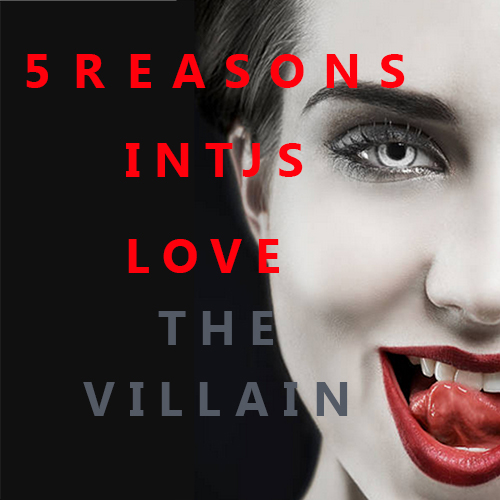 Picture this. You’re at a small gathering of friends. You’ve all discovered that you have two things in common: you’re all INTJs, and you’ve all been given super powers. The discussion in the room centers on how to best use your super powers in a way that will create systems for self-actualization. Then someone speaks up. This person isn’t an INTJ, she’s the wife of an INTJ. She’s actually an ENFP. “Shouldn’t you all be working to bring hope, faith, love, and the power of friendship to the world?” she asks. After that, the discussion fizzles. Quietly, people start to leave the meeting. Maybe you try to convince them to give it another go, but no one is interested. You can’t help but to wonder what in the world happened to the group’s motivation.

Actually, you know what happened. Hope, Faith, Love, and the Power of Friendship happened. And, with a feeling like children suffering from too many Disney movie platitudes, INTJs walk away from the idea of using their super powers to make the world a better place because, to be quite honest, INTJs can often be found rooting for the villain rather than the hero.  It’s not that INTJs are against hope, faith, love, and the power of friendship – we’re not. But, we are often drawn to the bad guy of the story.

While we like to joke on the blog, especially during the Halloween season, that INTJs are evil masterminds, in reality, INTJs are  normal people, each with her own code of honor. A lack of interest in world domination aside, most INTJs also refuse to be conscripted into fighting a battle on behalf of simplistic cultural platitudes. But that’s not why we root for the villain instead of the hero. Here’s my take on the 5 reasons INTJs love the villain.

The Hero Is so boring, You Have To Root For The Bad Guy

C’mon, you know the hero I’m talking about. Besides the fact that good versus evil is cliché, liking a hero who is essentially a cardboard cutout called Prince Deserving is even more cliché. Prince Deserving is the one who must win, no matter who gets hurt along the way. We know everything about him without reading the story or watching the movie. The hero screams that he is a good person. He is a feeling type  who takes on the cares of the world, and who, because his super power is persistence, deserves to win his goal after a few set-backs. The good guy dodges bullets, always does what’s right for him, and is always the most attractive guy in the room. He gets the girl; his face is on all the merchandise. Good for him, but does that mean I have to like him? Does that mean that I am required to root for him? I don’t think so. He’s boring. I’ve already seen/read this character’s story, maybe the location has changed and the name is different, but other than that, the good guy is often good in exactly the same way as other all the other good guy heroes out there. In these types of stories, rooting for the villain is almost a knee jerk reaction to the banality of the good guy.

The Villain is mysterious

Unlike the hero, the villain is often a mystery. In the structure of a story, the villain is the looming threat, the thing that is scary; and in order to keep her this way, her motivations, methods, and personality, are often kept in a mysterious shroud. Many writers feel that to know the villain’s story would take away some of the fear. INTJs love a good mystery. It appeals to our introverted intuition (Ni), which likes to ask what if, and to examine things from different angles. Because the bad guy often doesn’t get much time devoted to her, there is room for Ni to speculate and theorize about the untold story or motivations, thus making the villain more appealing to the INTJ’s psyche. Mystery also allows for plenty of room for world building, which is Ni’s playground. In other words, for the INTJ, the unknown villain often offers more opportunities to connect to a story, keeping it endlessly interesting as we explore the unexplored.

Villains always have a goal they are trying to enact, one that many times aims to change how things work in their fictional world. For the mastermind INTJ, who is drawn to enacting system changes, the audacity of the villain in pushing their vision forward is to be admired. In this way, the hero looks like a major road block, who can’t see the vision of the villain, and is instead fighting to keep things the way they are. This is why writers often spend more time explaining why the villain’s vision is a bad one, than they do on developing the villain’s character. And sure, the villain’s world vision probably shouldn’t be enacted, but if they’ve got a good plan, and minions, INTJs will still be tempted to root for them.

Usually, the hero is a feeler type, who spends his time being gallantly mushy. What’s the villain personality type? Almost always a Thinker, go figure. Obviously, it will be easier for INTJs to relate to the villain. After all, he uses logic and rationality when making decisions to achieve a goal. In fact, statistically speaking, a lot of villains in popular media are INTJs. So perhaps it is for this reason that INTJs are drawn to the villain. INTJs may actually like the hero, but are unable to relate to him because the process the hero uses to make decisions is substandard when contrasted with the villain’s decision-making. While INTJs may not agree with the morality of the INTJ villain, they can see themselves making the very same decisions in that situation (eh, maybe not, but you know what I mean). If the INTJ uses efficiency and logic, and avoids evil monologuing, INTJ’s will analyze the value of the villain’s argument. Of course, villain monologues are a no-no. Monologues always put an end to the villain’s evil vision. Bad Guy Handbook 101, people.

Villains have all the power

In terms of story structure, bad guys are the driving force of the story. In this way, they are the ones with all the power. Often the good guys are happily going along in their lives when they get a call to action by the villainous force. The villain not only creates the hero, but also moves the story forward by creating a need to act, a sense of impending doom, time restraint, the black moment, and, finally, loses to the hero in a sufficiently dramatic manner to provide a satisfying end. As systems thinkers, INTJs know that a good story needs strong conflict. As the main conflict of the story, the villain is just as important, if not more important, than the hero. After all, a story isn’t good without a good villain.

Is That So Bad?

There you have it, my 5 Reasons that INTJs love the villain. Of course, because of the recent events in Las Vegas, where scores of innocent people were killed by a gunman while attending a concert, I think that it is important to stress the obvious. Much of this article is in jest. Respect for human life is one of the pillars of a strong society. The types of villains that INTJs root for do possess morality and values (and if they don’t communicate those values, and stick to them, they aren’t a good bad guy).  Always Uttori would never promote or encourage harming yourself, or others. If you’re going to root for a bad guy, make sure he’s worth your respect, and that he is actually the lesser of two evils, which is often the case these days in movies and books.

What Do You Think?

What did we miss? Are there reasons you love the bad guy that we haven’t covered? Let us know in the comment section below!

One Reply to “5 Reasons INTJs Love the Villain”