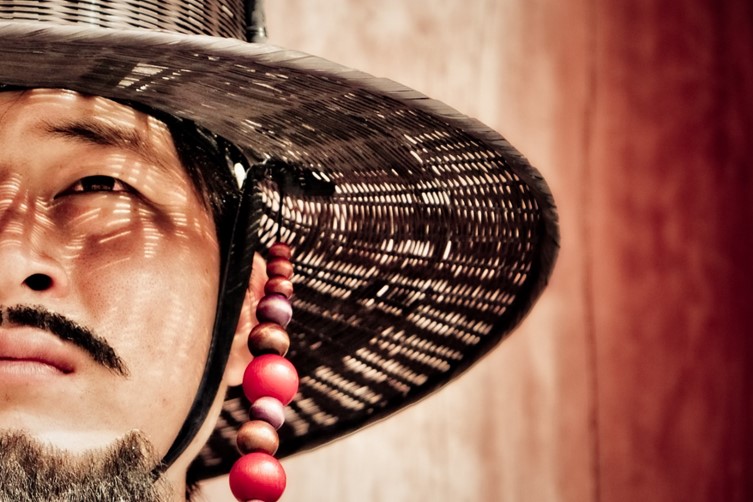 I’ll be honest, I don’t watch American television very often. When I do, it’s usually reality TV like Project Runway or Top Chef, not story-based TV Shows (although I do like Scandal and Flash). For story-focused TV shows, I primarily turn to British TV (Sherlock, Call the Midwife) or… Korean Dramas.

I studied Japanese in high school and college, so I never expected to fall in love with Korean dramas. It all started in 2009, when a close friend (who is half Korean) introduced me to the Korean drama, You’re Beautiful (Minamisineyo). We watched the first episode together. It was cute. My friend sent me all the episodes. Happily, I watched the frothy, feel-good show, thinking that I was learning a bit about Korean culture . . . Then, in episode 6, something so upsetting happened that I actually stopped watching the drama because I couldn’t stand how angry I was over a fictional TV show (I’m an INTJ after all, strong emotions must be processed and analyzed). A few months later, I finally got back to the drama. It was like nothing I had ever seen before, and a lot of fun. It has been six years since I watched that first Korean drama. Since then, I have watched enough to be considered a K-drama fan, one of the millions of international viewers.

So, why do I like Korean dramas, especially over American TV? Here are the first 5 of the 10 reasons I love Korean dramas. (Check out part two here.)

Korean dramas have amazing music! A lot of American TV shows have music too, but not original music created specifically for the show. The music in Korean dramas is not just an afterthought, or thrown together either; it’s really great music that could stand alone as an album (I do love movie soundtracks though). While watching the drama you become more emotionally attached to the songs as the story plays out and the song comes to represent certain feelings or moods.

Most Korean dramas would be considered mini-series length here in America. Often they range from 16 – 24 episodes. There are longer dramas, but the episode number is still limited. This was a little jarring to me at first. If you really love a show, you want it to continue. That’s America style. Even so, I’ve come to really appreciate and crave the open/close nature of K-dramas. There are a couple of benefits from this style of story-telling: You don’t have to worry about committing to a show, only to have it cancelled suddenly without knowing what happens to the characters. In K-dramas, the network has already signed on for all the episodes. Also, with this format, you rarely get too much of a good thing. Sometimes dramas are extended or shortened based on the audience reception, but episode limits really keep the stories tight and succinct, for the most part. In K-drama land, you don’t have to worry about getting something that drags on for years, and never tells you anything. Remember the ABC television show Lost, anyone?

K-dramas rely a lot on literary topos, or re-tellings of classic stories. However, I think the reliance on such reinvention can be worked to their advantage. The benefit to the audience is that it’s easier to find dramas to watch that you’ll probably like. Of course, it can get repetitive and a bit silly when you see the same story told over and over again. That’s what makes it fun when you discover K-dramas writers who have the ability to turn these re-tellings into something you could never have imagined. Often, the best dramas are the ones that take traditional tropes that you are already familiar with (and maybe love) and do it in a new and creative way.

Every good K-drama episode ends in a “cliff hanger”. Even in a mediocre drama, the writers must find a way to make you want to continue on to the next one. As a student of story-telling, I find the masterful use of cliff hangers to be of special interest. Plus, you always know that if one episode was kind of boring, it’s going to ramp up and leave you in a crazy situation by the end. Sometimes these are a bit predictable, but I’ve really come to love the freeze frame effect and swell of end music at the completion of every episode.

K-dramas are really good at branding. Product placement has become a fact of life in most entertainment, including K-dramas. The thing that sets K-dramas apart from American product placement is that the really good K-dramas try to do their product placement with style. Whether it’s the hottest star or musician starring in or making music for the drama, or the stuffed animal that appears in the show, or Korea’s national pride, the Samsung phone (this is not a paid product placement), the effort to create a story along with brand engagement is always fascinating to watch. In addition, as a fan, branded product placement means you can buy things from the dramas, which isn’t always the case for American TV.

Check out part two, where I reveal the final 5 reasons I love K-dramas.