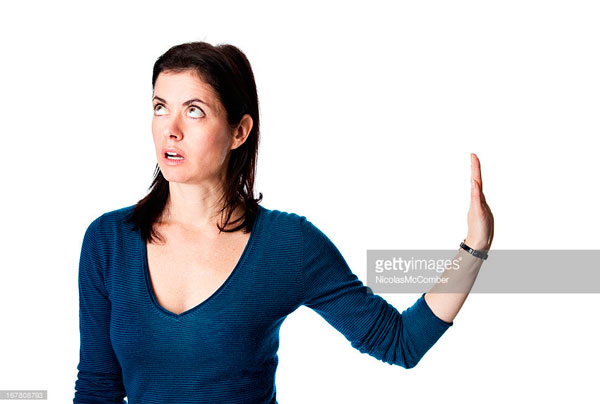 How Not to Ruin a Relationship With an INTJ

It’s no mystery that relationships — whether romantic or platonic — can be difficult to navigate and maintain. When your partner or friend is an INTJ, a cognition-style known for a guarded and private nature, it can be difficult, especially early on in the relationship, to know exactly where you stand in the INTJ’s heart. Understanding the INTJ’s view on such matters need not remain a mystery. Today, we’re talking the do’s and don’ts of maintaining your relationship with an INTJ.

Yes, you read that right. Don’t forget to TIE it on. Remember the Tears for Fears song, Head Over Heels? The first lyric states: “I wanted to be with you alone, and talk about the weather. . .” If that’s you, and there’s no significant reason to talk about the weather, then you can expect the INTJ’s reply as reflected in the last line of that lyric: “Oh, you’re wasting my time. . .you’re just, just wasting time.”  It’s not that INTJs don’t want to spend time with people they love and are close to, instead, INTJs love efficiency. One of the greatest sins you can commit in a relationship with an INTJ is engaging them in shallow conversation. Have something to say when you talk to INTJs. Random, out-of-context nonsense that doesn’t (T-I-E) teach, inform, or engage; or conversation with no real purpose other than wanting to hear your own voice, can cause an INTJ to downgrade the relationship. That’s not to say that you can’t talk about life problems, or societal problems, or your thoughts on a topic, just have something to say, preferably with a definitive point of view, when talking to an INTJ. If you don’t have anything to say, but just want to connect with your INTJ to let her know that you care, you have two options: just spend time with her in silence, INTJs are fine with silence. If you can’t spend time, but still want to connect, do the stay connected check-in. The stay connected check-in is, as the name suggests, a way of staying connected. This is especially effective if you’re not a big talker yourself. The check is simple enough. E-mail or text with a message about what you’ve been doing; then ask them a few questions about what they’ve been up to. If the answer is “nothing,” ask again. INTJs tend to not talk about themselves. Why? As a quiet person, I’m often surprised at how people assume that you’ve been doing nothing but waiting for them to show up, dump their problems on you, and then disappear until the next time they have a problem. Quiet does not mean unthinking, especially not for INTJs. Being a quiet person doesn’t mean that you don’t have anything to say, if asked. However, we are so used to being ignored that when someone does actually listen, we find it surprising. Very often, those of us who are quiet measure the value of the friendship by whether or not the other person is as interested in us, as they want us to be in them. The check-in may not be a deep conversation, though it could be deep if you are willing to listen and to respond appropriately. In any event, my point is that the check-in does serve a purpose as it puts inane “weather” conversations into a context for the INTJ to understand that you’re making an effort for the relationship.

DON’T MESS UP THE PLAN

Similar to efficiency, INTJs love a good plan. The quote “failing to plan is planning to fail,” attributed to Benjamin Franklin, is quite appropriate to the INTJ mindset. When someone comes along and ruins the plan, INTJs can take that as a sign of disrespect. If you’re not the planning type, it might be surprising to you how much effort goes into drafting a plan. When you discard the plan, or mess up the plan, it’s equivalent to wasting the INTJ’s time. Worse than ruining a plan is the person who takes control of a plan without understanding it, or with no vision other than the desire to be the one in charge. If you’re not a fan of plans, you should probably look for friends with other MBTI types. If you’re okay with plans, but find that you are a chronic plan destroyer, then know that your spontaneous ways may be a source of aggravation for the INTJ.

Don’t Need attention all the time

INTJs need their alone time. They aren’t going to text you 24/7. They aren’t going to hang out with you every second of every day. Pushing them to do so will only annoy them. If you are in serious need of attention, your INTJ is there for you, to the best of their ability, but needing constant attention is one way to ruin a relationship with an INTJ.

Don’t ignore the advice an INTJ gives you

If you do need the help of an INTJ friend and seek their advice, DO NOT ignore that advice. INTJs treat problems like a puzzle so it’s likely they’ve spent a lot of brain power coming up with the best advice they can give you. Believe it or not, INTJs do not enjoy telling others, “I told you so.” Nor do we enjoy focusing our time, effort, and attention (tea) on you, only to have you treat that advice as though it’s irrelevant. If you want to vent, make sure that the INTJ knows that you’re venting, as opposed to wanting help with a problem. If you want advice, then be careful about ignoring the advice too often as, for the INTJ, you become a bother, and your attitude an insult. Eventually, they will stop offering advice and will just see you in a negative light.

INTJs are pretty accepting of flaws and quirks. They are not, however, accepting of wishy-washy, one day you’re this, the next day you’re that attitudes. Yes, spontaneity is great. Sure, being able to argue all sides is a strength; but led by the judging attribute, INTJs prefer the clearly defined over ambiguity— unlike those with the perceiving attribute. Once the INTJ determines an answer, they know what they think, and they can articulate their perspectives along with the basis for their perspective. Because of the judging attribute, INTJs dislike relationships where ambiguity, and lack of concreteness is the normal state of things. They put a lot of effort into their close relationships. They don’t want those relationships to be with someone who is constantly changing opinions, as well as likes and dislikes. This makes it difficult to know the person well. Be inconsistent, and you might find yourself relegated to a lower level of friendship.

Most importantly, don’t let the fact that we are INTJs intimidate you. INTJs are humans, like everyone else. It’s hard to have a relationship without trust and understanding. Reading the reams of information about INTJs on sites like this, and others, can make INTJs seem intimidating. Nothing could be further from the truth. INTJs are actually relatively easy to understand, to get along with, and to love. Yet, many INTJs, particularly INTJ females, find that their lack of “girlishness” is off-putting to some men. Women are vilified for being overly emotional, INTJ females are vilified for not being emotional. Women are vilified for being silly and focused on appearance over intellect. INTJ females are vilified for being rational, and not being fashionable. I have seen these complaints in the INTJ female community for years, but never really thought any of this impacted me until recently. Being on social media, you are told all sorts of things, and the way people see me appears to be very different than how I see myself. These glimpses of others’ attitudes have been very helpful, and my advice to anyone who seeks a relationship with an INTJ female is ignore any feelings of intimidation. Appreciate that INTJs are rational. Appreciate that they don’t start crying at the drop of a hat, we still have hormones, there are times we cry over the death of a butterfly, but not doing so every moment of the day does not make us any less feminine. Allowing intimidation to take hold will definitely hinder the growth of your relationship with an INTJ. We are human beings with loves and fears and feelings. That’s what’s important. By the way, don’t fear that an INTJ is judging you. As said above, INTJs are pretty accepting of others (well, if those persons are consistent), so don’t let your own personal insecurities stop you from being friends, or partners.

Really, there are very few “Do’s” required to maintain a relationship with an INTJ female.

Do Appreciate their sense of humor

INTJs have a unique sense of humor that not everyone will enjoy. Dark, witty (including puns, bad and all), sarcasm, and overly intellectualized jokes are the INTJ’s forte. INTJs know their sense of humor is different and that it’s not for everyone. If your INTJ is joking with you, it’s a big sign of trust. Try to appreciate it, even if you don’t get the joke.

Do Appreciate THEIR LOGIC

Since time immemorial, men have claimed that women have their own special logic. Gendered logic is not a problem with INTJ females, and yet, on the surface, ungendered logic often seems to be one of the things that men, and sometimes other women, dislike about INTJ females. That is to say, INTJ females are often told to use emotion-based logic in decision-making (to seem more feminine), regardless of how illogical this advice may be. Yet, a wise man, or friend, appreciates that INTJs do not let emotion impact their logic. If you rely on an INTJ for advice, that advice will focus on best possible solutions, regardless of the emotional aspects of the situation. INTJs will not get mad along with you, will not take on your problems as their own, and they will try to see the logic from multiple perspectives. Additionally, they can spend a great deal of time data-gathering and researching for appropriate solutions, especially when they’re trying to help someone they care for. When they give you advice, it’s usually good advice. Appreciate their effort.

Do Keep them in the Loop

INTJs aren’t the most outgoing bunch, but even if they don’t put in an appearance at every party, even if they don’t talk to you every day, if you are important to them, they do care about you and what’s important to you. Don’t take their introversion for reluctance to spend time with you, or to hear about your life. Being introverted doesn’t mean that there aren’t people for whom an INTJ wouldn’t extrovert. Don’t use the fact that your friend is an introvert to justify excluding them from your activities with other friends. Don’t read their need for advanced notice, or their need for alone time, as rejection and stop communicating.  The purpose of the Always Uttori relationship posts is not to give you a list of “to do’s” to be in a relationship, but to help you understand that, like any human being, INTJs have certain needs, understanding those needs can help you deepen and grow your relationship with this rare cognition style.

INTJs don’t talk for the sake of talking. When they do talk, they are invested in the conversation. Listen. It means a lot. Since INTJs don’t talk a lot, they spend most of their time listening and observing others. Because of this, they often know a great deal about others, but are not so well known themselves. Taking the time to really listen, to remember what they’ve said, and to dig deeper, means you actually care enough to know the INTJ. They will appreciate you all the more for it.