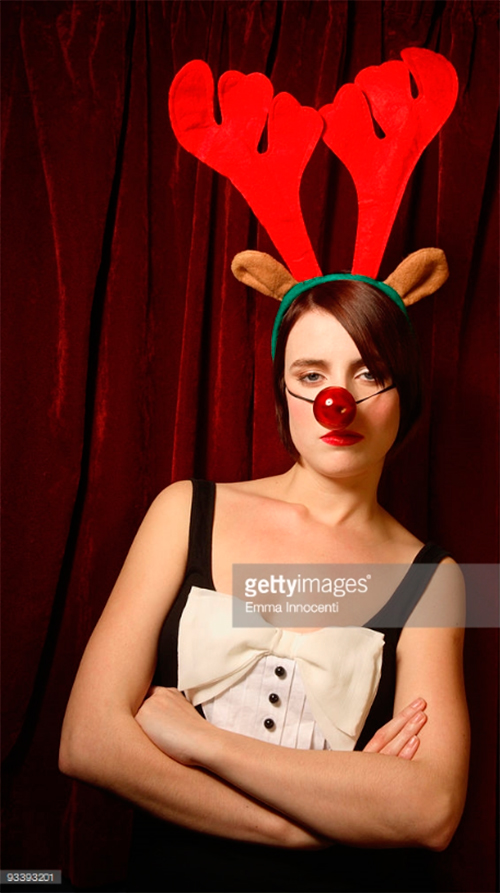 INTJ Principles of the Holidays

As much as we like to perpetuate our grumpy cat stereotype, INTJs are not, in fact, always grumpy cats.  Instead, we straddle the paradox (yes, another paradox) of being rule breakers, but also traditionalists. This is because INTJs are both rational and creative. We don’t break rules for the sake of breaking rules, we only break rules when the rules restrict system improvement, or when the rules lack logic and prohibit INTJs from achieving end goals.

So, with a cognitive style that is a paradoxical contrast of being both traditional and progressive at the same time, I’ve found that one of the topics I tend to be a traditionalist about is the holiday season (the particulars for this INTJ paradox can vary based on personal values).  I don’t know about you, but I started receiving Christmas promotions in October. Some retailers even had Christmas items displayed in store. Yet, you may have noticed that our site didn’t release our INTJ Holiday Shopping Guide until after Thanksgiving; even though many others released them mid-November. I know that retailers often live or die by how well they do during the holiday season. It sometimes seems as though American retailers have begun seeing the holidays as the pot of gold at the end of the rainbow. However, I have to admit that I do resent the erosion of valuing the traditions that are a part of each individual holiday season. It is as if retailers are forcing us from shopping season to shopping season in rapid succession. Thanksgiving has already been overrun by Christmas, which is bad enough, but it’s now making a slow creep into Halloween. What’s next? Back-to-school and Christmas shopping together? Instead of celebrating the holidays as they come, and appreciating each season individually, retailers are busy sucking the joy of the seasons away from us as Christmas ads, magazines, music, etc. are shoved at us from every direction starting in October.

INTJ Principles of the Holidays

Slow holiday season sales over the past 2 years have retailers scrambling to find the reason. What they’ve discovered is interesting to say the least. The primary reason for this lessening in irrationally exuberant spending seems to lie in holiday creep. When consumers represent nothing more than their CLV (or customer lifetime value) to retailers, how can you appeal to them? Why should consumers be loyal to your brand? Ultimately, why buy at all? This heightened focus on CLV causes retailers to treat consumers as idiots with Pavlovian responses to any stimuli a marketer chooses to provide. Yes, I’m being harsh. I am very aware that we live in a system rife with inequalities. Yet, relevant to this resistance to holiday creep is the fact that the inequality in our culture can be most felt during the Christmas season. The holidays, especially the period from Thanksgiving to New Year’s Eve, is important to us as individuals; and, I would even say, as a culture. We need that time to pause and reflect on our lives and our values. Doing this collectively creates a sense of shared purpose. Losing this collective sense of a season that most reflects “the better angels of our nature” means that, as American retail and marketing cultures seem to want us to believe, we are no more than our CLV. If that is the case, then who gets to be important? How do we determine the value of an individual?

Having such strong feelings about the matter, I could not help but to feel vindicated in my traditionalist INTJ principles of the holidays when I read this article, which describes the increase in shoppers at the Mall of America after the mall remained closed for the Thanksgiving holiday. They are a mall, of course, and they opened as usual on Friday morning, but like the Santa in Miracle on 34th Street, they let us have our holiday time free from their appeals for our gift-giving funds. This respect for the consumer plays into what I’ve talked about with cognitive branding. An introvert is already unlikely to go out when they know there are going to be big crowds, but they will be even more unlikely to do so after a busy day spent with food, family, and for those of us in Minnesota this past Thanksgiving, football. After all of that, no one wants to go out and fight strangers for 20% off a pair of tennis shoes –  not even extroverts.

The Cost of All Year Christmas

This longer exposure to the holidays may even contribute to holiday blues. As I discussed in INTJ tips for dealing with Holiday Blues, there are so many demands on us at this time of the year. It is, and should be seen as, extraordinary. Extending the holiday season is like eating your favorite dessert every day. You may enjoy it, but as time goes on, it loses that quality that makes it special. If you’re extending the holiday season for a profit motive, it loses the reason for responding to the retail or marketing message. When, as the song says, Christmas Comes But Once A Year, then Christmas actually is special, which makes it important.

In any case, we can only hope that retailers take this insight and use it to follow the money. Let’s keep the Christmas in the Christmas season, which also means December. Stop holiday creep.  Always Uttori is committed to that goal, though we also feel the pressure to pre-season Christmas. There’s something about the internet that causes people to want to be first out of the gate. This mentality is fine, but like Christmas creep, you lose the specialness of everything in its own time. So, while we won’t be the first to bring the Christmas cheer, we will show up with our party hats on because Christmas is special, and even though we’re introverts, we value this time of year.  Seasons Greetings, everyone!!!!

One Reply to “INTJ Principles of the Holidays”