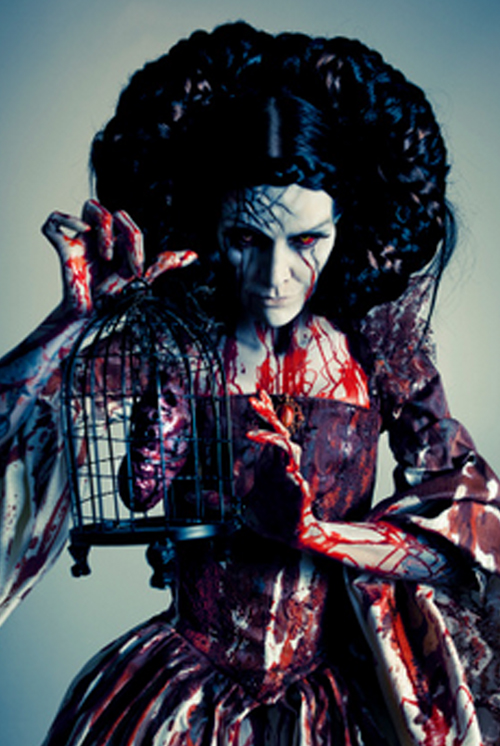 Last week, we talked about why INTJs love the villain, but it’s wrong to assume that INTJs like villains because INTJs lack morals. Instead, because INTJs tend to view everything as part of a system, including people, any analysis of a plot or movie comes from a systemic point of view. If the villain moves the story forward and creates a sense of change, this system impact is viewed based on several factors, not just on whether the antagonist causes problems for the story’s protagonist. So, if you’re a story-teller, you’re probably wondering what types of villains do INTJs like? I’ve got a few ideas. Let’s talk 5 Evil Mastermind Archetypes INTJs Love.

I know. I know. Everybody loves the BAMF. If you’re not familiar with this archetype, imagine a woman, an unassuming bookish type by day, but at night, she suits up in black leather and takes on idiots who wish to ban books like Harry Potter from the library. Almost an archetypal INTJ, she is intelligent, quick-witted, and often sarcastic. That’s the side of her you may get to know.  What you don’t know is that she is a skilled assassin, who can kill you in ten different ways, all without breaking a sweat.

It’s one thing to know that INTJs like BAMF villains, but why? For many INTJs, the answer is simple—BAMFs are action-oriented. Not impulsive, not flighty, not silly, she is action-oriented. This appeals to INTJs, who can get so caught up in their own heads, the physical world can seem challenging at times. The action-oriented mindset, combined with amazing physicality, makes the BAMF villain impressive to the INTJ. The BAMF villain is smart, disciplined, precise, and deadly, the perfect model of villainy an INTJ can appreciate.

Why INTJS Love the Mysterious Villain

How can you love what you don’t know? It’s the not knowing that appeals to the INTJ. The mysterious villain leaves clues of his presence and motive, and while the clues tantalize, each reveal also adds to the mystery. It’s that mystery that most appeals to the INTJ’s introverted intuition, which loves to explore unanswered questions. Sure, we may never get all the answers, but such a villain leaves plenty of room for theories to collate into our head canons — an endlessly fun activity, especially if you have friends to join in.

The Revisionist Villain wants to tweak a broken system. It is much like taking the INTJ’s love of streamlining a system and turning it into the sole motivation for the villain. The revisionist sees inefficiencies in the system and, using their flawed sense of logic, identifies a way to revise the system. Whether the solution is an exploitation of loopholes, or blowing up the system altogether, the revisionist is working to fix things…from a certain point of view.

As systems thinkers and builders, INTJs like a villain who is working to refine a system. The revisionist motivation is clear, and understandable.

This Villain is common in revenge plots. In a revenge plot, she is the poor, beleaguered soul who is taken advantage of, or who is victimized by circumstance. She is no Cinderella; however, riding away from her problems with a handsome prince. Instead, she gives us a sense of catharsis when she stops allowing herself to be bullied, and takes revenge on her tormentors for their crimes against her. Yes, to forgive is divine, but when you’ve been done wrong, it’s also human nature to want to see the person who hurt you get their comeuppance. And the quote, in its entirety states, “To err is human, to forgive divine.” We’re only human, after all.

The wounded villain may seem like an odd villain for an INTJ to like, but they give INTJs a sense of catharsis as we see revenge enacted. In real life, revenge plots are not a good idea. INTJs tend to go for “I told you so” instead. In a fictional world where things are more cut and dried, it can be great to see a masterful revenge plot, one in which justice is served.

The complicated villain seems more real, more 3D than other villains, and this means there are more nuances for the INTJ to dissect. When a character seems real, it makes their actions and decisions feel that much more important. This type of villain is endlessly interesting to the INTJ, who loves depth of character. Humans have both good and bad sides, and it’s refreshing to see a baddie get to have a good side too.