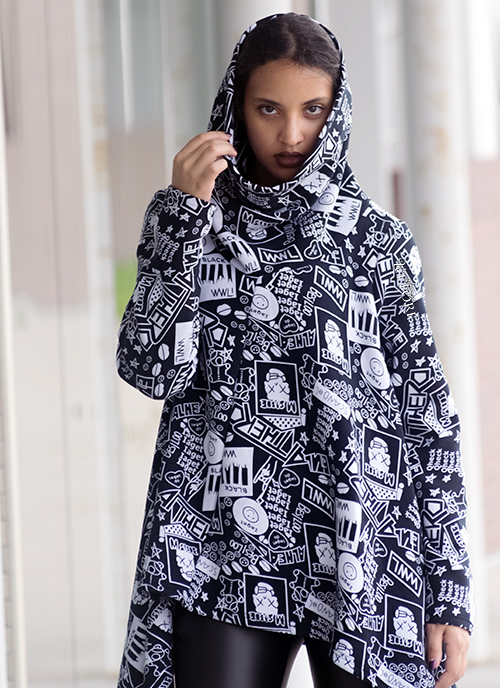 Happy October, everyone! Are you feeling in the spooky spirit yet? Here, at Always Uttori, we like to keep things fashionable. So now that it’s October, instead of traditional Halloween costumes, we’re following our own tradition. We celebrate October’s spooky spirit through what we like to call Subtleween. Subtleween is an INTJ-style of celebrating. Many INTJs are not comfortable with expressing the more adventurous side of their introverted intuition. Certainly, Halloween gives us all the opportunity to do so, but INTJs are truly adventurous, in their own minds, so Subtleween is about turning elements of your inner self (fed by your introverted intuition, or a favorite fandom character) into a subtle fashion that you can wear in the real world, without having others question your fashion choices. The inspiration for Always Uttori Subtleween 2017 is Star Wars. Unlike last year, where I pulled characters from various fandoms, this year we are sticking with a theme: the bad guys of Star Wars: The Force Awakens. Today’s look — Bazine Netal.

Who is Bazine? She has a small role in The Force Awakens as the First Order spy who tips off Kylo Ren to the fact that Finn, Rey, and BB-8 are on Takodana. In the expanded universe of Star Wars, she has a slightly larger role as a thief and mercenary. You can find out more about this cunning character here. Regardless of her criminal background, you can’t deny that Bazine has style. Dressing in all black and white, leather and heels, Bazine cuts a striking figure and looks like someone who isn’t to be messed with.

In our interpretation, we kept the black and white, incorporated leather leggings, and added thigh-high sock-boots. A cowl neck helps keep you hidden as you carry out nefarious plots. Is it subtle? Not really, but it’s not costume, either. And, no one has to know that you’re channeling the famous bad girl, Bazine.