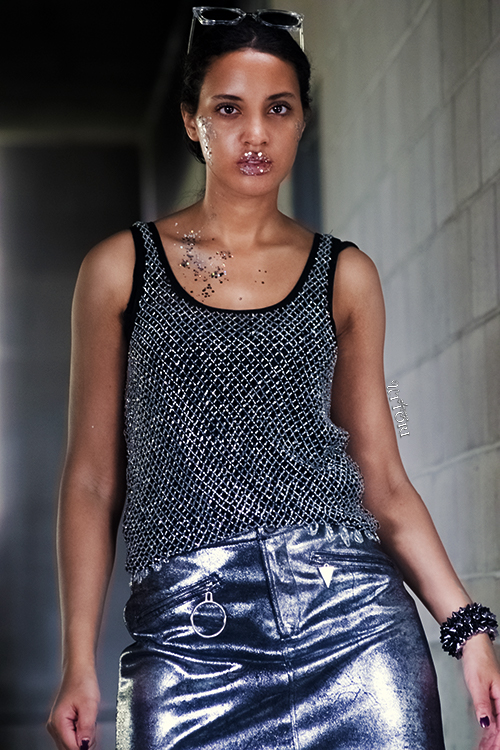 Fans of the movie will recall that the last time we saw Phasma, she was crawling out of the trash compactor on Starkiller Base. In our Subtleween version of Phasma, she has made it out of the trash compactor, and what’s more, she looks more glamorous than ever. Her uniform may be ripped to shreds, and she may have had to paste and tuck, but we say, wear that trash proudly girl! Many fans, especially female fans, were excited to have a strong female villain, played by Gwendoline Christie of Game of Throne fame, but were disappointed by the lack of screen time given to Phasma in the movie. Luckily, Phasma has been built up as one tough and evil villain in the Star Wars expanded universe, and if you’re interested in what makes her such a dangerous bad guy, check out Phasma, by Delilah S. Dawson. We can only hope her role will be expanded in The Last Jedi.

It’s hard to make a chrome plated Stormtrooper look subtle, so instead, we went for the cool vibe that Phasma gives off. A silver beaded shirt mimics the chain mail a fierce warrior might wear, and a silver painted faux leather skirt adds high shine, giving our Subtleween style Captain Phasma’s iconic chrome look. It’s a great look if you want your enemies to see themselves reflected back as you utterly destroy, I mean, crush them with kindness. While we’re not encouraging you to be a bad guy, there’s no reason you can’t be a bad Queen B, and make the world bow down.