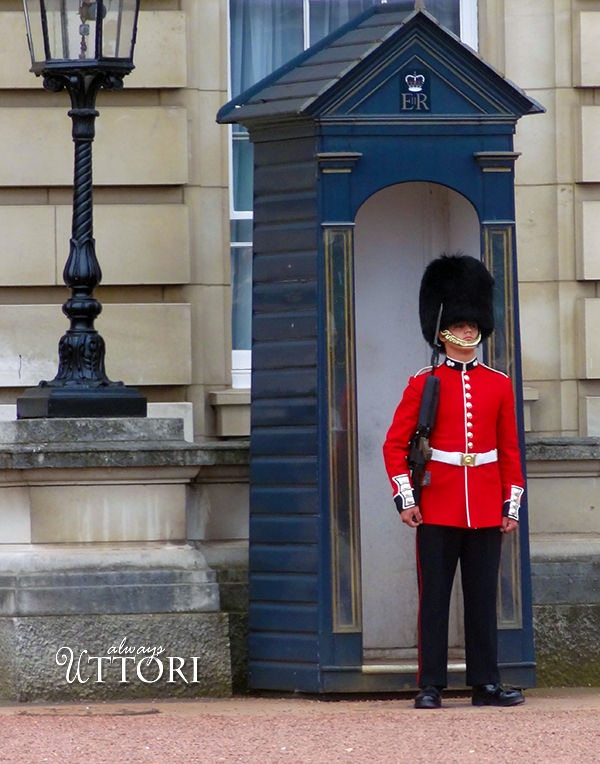 It’s day three of March, and as we wait for spring, we are celebrating the dichotomy of INTJ fashion by exploring the contrasts between romantic and punk fashion. With that in mind, there is no better city than London, one of the birthplaces of the Punk Rock movement in the 1970’s, to serve as our Uttori Travel Diaries focus.

If you caught last month’s article, where I talked about my 2014 family trip to Paris, our discussion of London picks up directly after our Paris adventure, as we took the Euro Star from Paris’ Gare Du Nord station to St. Pancras Station in London.

While Paris is, undoubtedly, a beautiful city, London felt like home. I absolutely loved London, and can’t wait to visit again.

If you are in Europe and have a chance to go between Paris and London, I highly recommend taking the Euro Star as a way to travel between the cities. You get to go beneath the English Channel (chunnel); plus, it is a fun way to see the landscape and get a glimpse of life outside of the touristy areas.

OK, I am a huge tea fan (I studied Japanese Tea Ceremony for three years in college). Of the many cultural tea offerings available to the global traveler, afternoon tea is one of my all-time favorite things. Luckily for me, we had afternoon tea every day that we were in London. Of course, London prides itself on afternoon tea, and there are many different tea experiences to choose from. The picture below is of our first London tea. After checking in to our hotel, we headed to the Langham Hotel for “Tiffin at the Langham,” where we enjoyed a lovely wonderland themed tea with fruit-flavored pastries.

After tea, we walked to the Sherlock Holmes Museum for a bit of nerdy fun. Perhaps because it was the summer, the line to get into the museum was extra long. If you ever plan a visit, be aware that the museum stops selling tickets between 5:00 p.m. and 5:30 p.m. The museum closes at 6 pm. When we arrived at the museum, we discovered that we had just missed the cut off time to get tickets, but my INTP dad managed to convince the ticket seller to sell him the last ticket before they closed. Relieved, we joined the long queue, as the British call their lines. So, know before you go that its best to buy your tickets early because once you have a ticket, you don’t have to worry about the line; they’ll let you tour the museum even past closing time. This is an attraction that’s best if you’re a die-hard Sherlock fan, which I am. So, for me it was cool, but the crowds made it difficult to enjoy everything as you are all crammed into a tiny Victorian style house complete with narrow staircases.

After the museum, the next stop on our itinerary was Selfridges, which is a large department store in the UK. The cool thing about Selfridges is that it was created by American Harry Selfridge in 1909. Unlike American department stores, department stores in the UK carry nearly everything, from clothes, luggage, and beauty salons, to food, books and home décor. We spent the majority of our time in the food section, which was really great fun because there is no better way to learn about a culture than through food. You would think that nothing much could happen in a department store, but I was accosted by an older lady, who appeared to be at least 100, as I perused the yogurt section. Apparently, she wanted to walk directly where I was standing. She actually threatened me with her cane, which I thought was hilarious. As an American, we are used to people saying things like, “Excuse me,” when we are in their way.  I was happy to move, but found the whole situation both humorous and odd. As for shopping Selfridges, it really was a great adventure. We found several adorable items to bring back to family as souvenirs. I still miss the taste of their shortbread cookies. I also purchased a brand of soda called “Posh” soda, and got a double-cream ice cream, though it tasted pretty much like normal ice cream, only fancier sounding.

Even if you’re not a fan of museums, the museums of London are not to be missed.

We started the morning by walking from our hotel to the British Museum. Like the Louvre, this is one I would love to visit again. There was so much to see, and while we saw a lot of it, there was so much more that we missed. There is so much history in the museum, it’s inspiring. Of course, it is home to the famous Rosetta stone, among 8 million other artifacts and collections. After wandering about a bit, we decided we needed more direction, and rented an audio player. I was elected as tour guide. There were so many amazing items, that I couldn’t name any one section as a favorite, though I did love the Greek and Roman sections, as well as the Asian collection, and the Assyrian collection. Unfortunately, we ended up leaving a little early because the fire alarm went off. No one seemed to really care, so we stood inside the building for a good 10 minutes with alarms blaring before being informed that we needed to leave. In the end, we regretted leaving, as it seemed to be a false alarm, but when they tell you to get out of a building that has a fire alarm blaring, you go. We also visited the National Gallery and the National Portrait Gallery. The National Gallery is home to many great paintings by artists such as van Gogh, Monet, Vermeer, and Rembrandt. Go around the corner to see portrait paintings of the famous or celebrity variety. It’s fun to see the famous and historical paintings then see a more modern take on those we know well.

Afternoon tea was at the Corinthia Hotel, and I swear we saw Russell Brand (Katy Perry’s ex-husband) in the lobby as we were leaving. I would have to say that although the Corinthia was an expensive tea, they were stingy with the items, and if you wanted more (they didn’t bring enough for each person though you had to pay for each person), you were forced to order it   . . .  if you could find a server. Still, we left full, and the “dainties” were tasty.

London has an amazing theater culture, and I would recommend seeing a play, if you can, while there. The best part is that it’s not hard to see a famous actor in a play while in London, since unlike in America, British actors tend to do both theater and movies. In 2014, Richard the Third, starring Martin Freeman, was playing at Trafalgar Studios, so we got seats to that. In my case, my brother and I sat on the stage behind the actors as they acted to the crowd in front of us. I thought we had front row seats not on the stage seats. Martin Freeman was so close I kept pulling my feet in for fear he would trip as he moved about scenes. Did I love every minute of it? Absolutely. The tickets were affordable and seeing Martin Freeman up close and personal certainly made for an unforgettable experience.

We started off Day Three  by doing the most touristy thing you can do in London, by which I mean The London Eye. I debated whether it was worth it, or not, but overall it was fun. My parents opted for a boat tour on the Thames while my brother and I did the Eye. This area has a lot of touristy things to do including boat tours, The London Dungeon and more, all of which you can buy tickets for at the same location, which is here. Since we went in the morning, the line to get onto the Eye wasn’t terrible. You get a great view of the city, but it can get a little boring once you snapped all the aerial shots you want. After that, it was a nice 30 minutes of chill time.

From the eye, we walked past the Palace of Westminster and Big Ben on our way to Buckingham Palace. This is a great walk because you get to go through St. James Park, which is a lovely and relaxing . We didn’t tour Buckingham Palace, although it was open to the public that day, we were happy with just standing in front of the gates.

After Buckingham Palace, we worked our way over to Harrods, the most famous British department store founded in 1834. Harrods is the most overwhelming store I’ve ever been in, but it’s also awesome and well worth a visit. This is the site of our third afternoon tea, and probably the worst afternoon tea we had, but still fun. (There are many more restaurants within Harrods as well). We did our souvenir shopping and then ended up eating dinner at Bentley’s, one of the many eateries in Harrods. It was there that I had the absolute best fish and chips I’ve ever tasted. We also had “rocket,” which I didn’t know, until it arrived, meant arugula.

On our way back to our hotel, we stumbled across a Japanese bakery where I was able to buy some Japanese pastry along with a few items to finish out my Japanese Tea Ceremony set (which I had been slowly building). Unfortunately, I forgot the name of the shop, and couldn’t figure out where it was again through Google. After that we visited the new (at the time) Burberry shop and then headed back to our hotel to sleep before heading home the next day.

Lexicographer Samuel Johnson is quoted as saying, “When a man is tired of London, he is tired of life.” I would say that I absolutely agree. London is still one of the most important cities in the world. It remains one of the most valuable stamps that I have marked on my passport, and I eagerly look forward to another visit. Stay tuned. Next week I will share a Madeleine recipe (french, I know), however, it is a perfect “dainty” for your own afternoon tea!