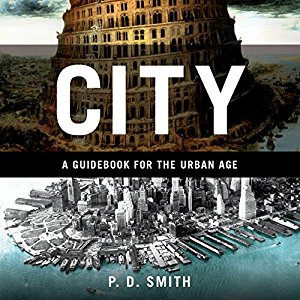 Spring break is almost upon us, and with the promise of warmer temps and lazy days ahead, spring break always calls for a bit of wanderlust. Whether you need some inspiration for your next trip, want to travel vicariously, or need something to read on the plane, this wanderlust book list has you covered.

Please note that I’ve read all most all of the books on the list, though not all. I will indicate when I haven’t read the book, but if you’re in need of an entertaining read, I wanted this list to be made up of stories that I could, wholeheartedly, recommend. If I have not read the book, it’s on my too read list as one that was recommended to me.

The fantasy genre is great for those looking to travel vicariously, or who need something to read in transit. As travel is a major component of the genre with characters going on quests and launching off to explore other worlds, and even traveling back and forth through time, there is no end to the fantasy genre’s ability to transport us, as readers, to amazing locales. With that in mind, I’ve listed a few of my favorite fantasy novels.

Off to Be the Wizard- Magic 2.0 Series, Scott Meyer

Don’t let the cover art fool you, this is a well-written story. The travel in this book is of the time travel variety, specifically Medieval England. So maybe the story doesn’t make you want to travel to Medieval England, but it certainly takes you there.

It’s a simple story. Boy finds proof that reality is a computer program. Boy uses program to manipulate time and space. Boy gets in trouble. Boy flees back in time to Medieval England to live as a wizard while he tries to think of a way to fix things. Boy gets in more trouble.

Oh, and boy meets girl at some point.

Off to Be the Wizard is a light, comedic novel about computers, time travel, and human stupidity.

Listen to a 5 minute preview here.

Translated from Russian, this is the story of a gamer who, trying to impress a girl, ends up committing a hacking crime. The twist is that he is then forced to live out his prison sentence in a virtual video game. I admit in the first book, the main character spends most of his time in a mine — if you’re a fan of Minecraft, you may like this story. It’s certainly better than the Minecraft fiction books. The first of a series, the reader is introduced to the digital world of Barliona. In later books, the author introduces new digital kingdoms. This very popular series takes you on a literary journey filled with digital mayhem, and lots of quests and achievements, perfect for gaming fans. Russian and American politics aside, Mahaneko is one of a new generation of slavic writers winning fans globally.

Barliona: a virtual world jam-packed with monsters, battles and, predictably, players. Millions of them come to Barliona, looking forward to the things they can’t get in real life: elves and magic, dragons and princesses, and unforgettable combat. The game has become so popular that players now choose to spend months online without returning home. In Barliona, anything goes: You can assault fellow players, level up, become a mythical hero, a wizard, or a legendary thief. The only rule that attempted to regulate the game demanded that no player be allowed to feel actual pain. But there’s an exception to every rule. For a certain bunch of players, Barliona has become their personal hell. They are criminals sent to Barliona to serve their time. They aren’t in it for the dragons’ gold or the abundant loot. All they want is to survive the virtual inferno. They face the ultimate survival quest.

This urban fantasy book is a merging of genres, (mystery/crime/fantasy) and, if you couldn’t guess from the series title, takes place in London. Aaronovitch is great at bringing the city to life as its own character. The tale gives you a great sense of the city (making for major wanderlust). Bonus points for a biracial (PoC) main character. There are also hints of classism, but the author is trying to write from a non-biased viewpoint. You definitely won’t read anything else like it.

Probationary constable Peter Grant dreams of being a detective in London’s Metropolitan Police. Too bad his superior plans to assign him to the Case Progression Unit, where the biggest threat he’ll face is a paper cut. But Peter’s prospects change in the aftermath of a puzzling murder, when he gains exclusive information from an eyewitness who happens to be a ghost. Peter’s ability to speak with the lingering dead brings him to the attention of Detective Chief Inspector Thomas Nightingale, who investigates crimes involving magic and other manifestations of the uncanny.

Now, as a wave of brutal and bizarre murders engulfs the city, Peter is plunged into a world where gods and goddesses mingle with mortals and a long-dead evil is making a comeback on a rising tide of magic.

Listen to a 4 minute preview here.

Exploring a culture different from your own can sometimes be intimidating. Why not combine culture, and mystery and wanderlust?

I haven’t read this book yet, but it’s on my list. The reviews say it has a lot of detail about Japan and Japanese culture, and as someone who has studied the Japanese language and culture (and whose blog name is derived from a Japanese word), I’m excited to check this book out.

In this “sophisticated international thriller” (The New York Times Book Review), an American antiques dealer turned reluctant private eye must use his knowledge of Japanese culture to unravel a major murder in San Francisco – before he and his daughter become targets themselves.

San Francisco antiques dealer Jim Brodie receives a call one night from a friend at the SFPD: An entire family has been senselessly gunned down in the Japantown neighborhood of the bustling city. As an American born and raised in Japan and part-owner of his father’s Tokyo private investigation firm, Brodie has advised the local police in the past, but the near-perfect murders in Japantown are like nothing he’s ever encountered.

With his array of Asian contacts and fluency in Japanese, Brodie follows leads gathered from a shadow power broker, a renegade Japanese detective, and the elusive tycoon at the center of the Japantown murders along a trail that takes him from the crime scene in California to terrorized citizens and informants in Japan. Step by step, he unravels a web of intrigue stretching back centuries and unearths a deadly secret that threatens not only his life but also the lives of his entire circle of family and friends. “Readers will want to see more of the talented Jim Brodie, with his expertise in Japanese culture, history, and martial arts” (Publishers Weekly).

Listen to the 5 minute preview here.

Experiencing 1932 British Royal society while trying to solve a murder mystery makes for a light and fun read. This book, and series, provides a light-hearted romp, perfect for a long plane ride. It’s a bit formulaic, but the cast of fun characters make this story fun.

Georgie, aka Lady Victoria Georgiana Charlotte Eugenie, cousin of King George V of England, is penniless and trying to survive on her own as an ordinary person in London in 1932.

So far she has managed to light a fire and boil an egg… She’s gate-crashed a wedding… She’s making money by secretly cleaning houses… And she’s been asked to spy for Her Majesty the Queen.

Everything seems to be going swimmingly until she finds a body in her bathtub… and someone is definitely trying to kill her.

OK, this book isn’t exactly a mystery. Officially, the genre is contemporary; however, there is a lot of mystery (and even some supernatural) in the story, so I’ve decided to include it in this section. It’s also been an age since I’ve read this book, but this is a seminal book in American publishing.  It’s detailed, engrossing, and gives you an historical view of Chinese history, interwoven with 1980’s American Chinese culture in San Francisco.

Amy Tan unfolds a series of family secrets that question the connections between fate, beliefs and hopes, memory and imagination, and the natural gifts of our hundred secret senses.

Years after her Chinese half sister assails her with ghost stories set in the mysterious world of Yin, a young woman finds herself in China, looking for a way to reconcile the ghosts of her past with the dreams of her future. Follow her journey, learn the truth about love, and rediscover the natural gift of your hundred secret senses.

If you really want to learn about the world, what’s better than some serious non-fiction?

I haven’t read this one all the way through yet, but the parts I have are absolutely fascinating. As a former global studies major, this seems like a book we should have been required to read, and one that I would have enjoyed as required reading. City is perfect for the academic at heart.

For the first time in the history of our planet, more than half the population – 3.3 billion people – is now living in cities. City is the ultimate guidebook to our urban centers – the signature unit of human civilization. With erudite prose, this unique work of meta-tourism explores what cities are and how they work. It covers history, customs and language, districts, transport, money, work, shops and markets, and tourist sites, creating a fantastically detailed portrait of the city through history and into the future.

The urban explorer will revel in essays on downtowns, suburbs, shantytowns and favelas, graffiti, skylines, crime, the theater, street food, sport, eco-cities, and sacred sites, as well as mini-essays on the Tower of Babel, flash mobs, ghettos, skateboarding, and SimCity, among many others.

Acclaimed author and independent scholar P. D. Smith explores what it was like to live in the first cities, how they have evolved, and why in the future, cities will play an even greater role in human life.

Listen to a 3 minute preview here.

Maybe it’s a bit meta, but why not read about humanity and the journey that our ancient ancestors took on the path to humanity?

One hundred thousand years ago, at least six human species inhabited the Earth. Today there is just one. Us. Homo sapiens. How did our species succeed in the battle for dominance? Why did our foraging ancestors come together to create cities and kingdoms? How did we come to believe in gods, nations, and human rights; to trust money, books, and laws; and to be enslaved by bureaucracy, timetables, and consumerism?

Bold, wide ranging, and provocative, Sapiens integrates history and science to challenge everything we thought we knew about being human: our thoughts, our actions, our heritage…and our future.

There’s no better way to experience the world and it’s cultures than through food.

Eating is an indispensable human activity. As a result, whether we realize it or not, the drive to obtain food has been a major catalyst across all of history, from prehistoric times to the present. Epicure Jean-Anthelme Brillat-Savarin said it best: “Gastronomy governs the whole life of man.”

In fact, civilization itself began in the quest for food. Humanity’s transition to agriculture was not only the greatest social revolution in history, but it directly produced the structures and institutions we call “civilization.”

In 36 fascinating lectures, award-winning Professor Albala puts this extraordinary subject on the table, taking you on an enthralling journey into the human relationship to food. With this innovative course, you’ll travel the world discovering fascinating food lore and culture of all regions and eras – as an eye-opening lesson in history as well as a unique window on what we eat today.