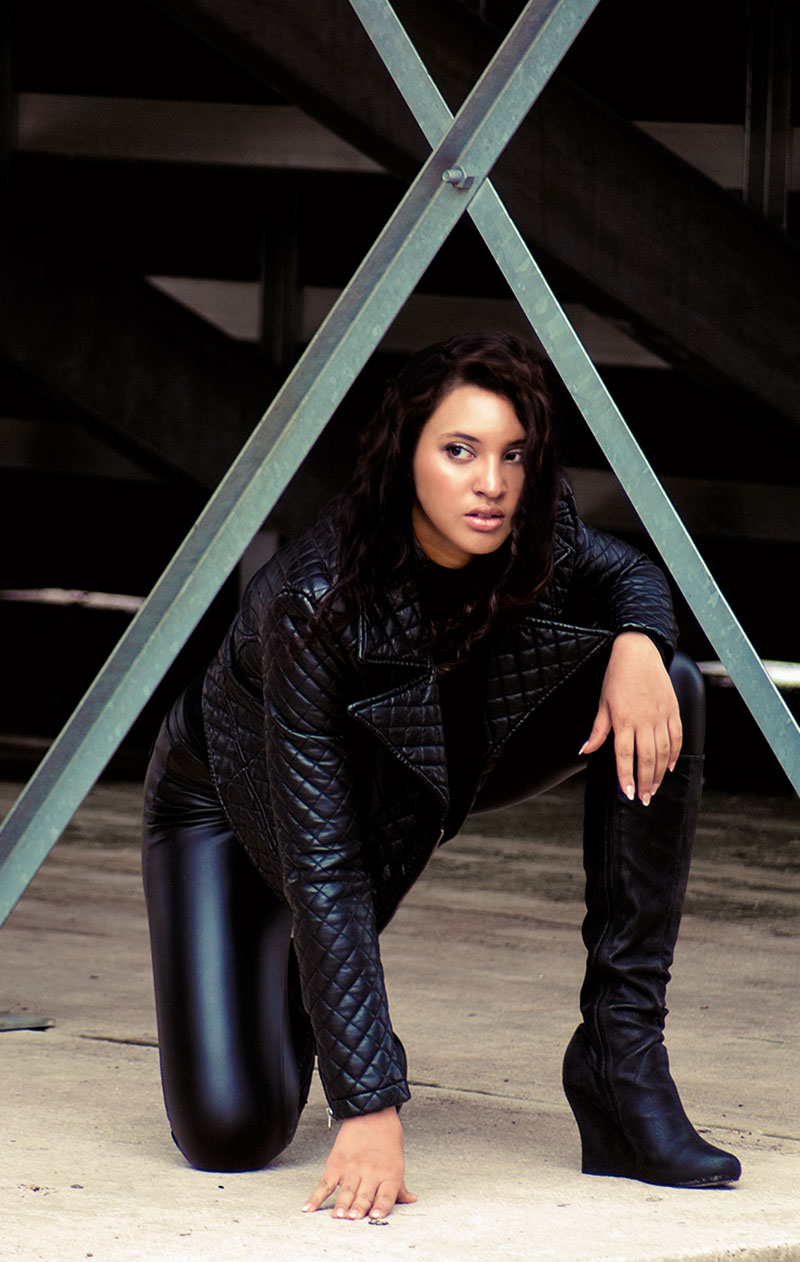 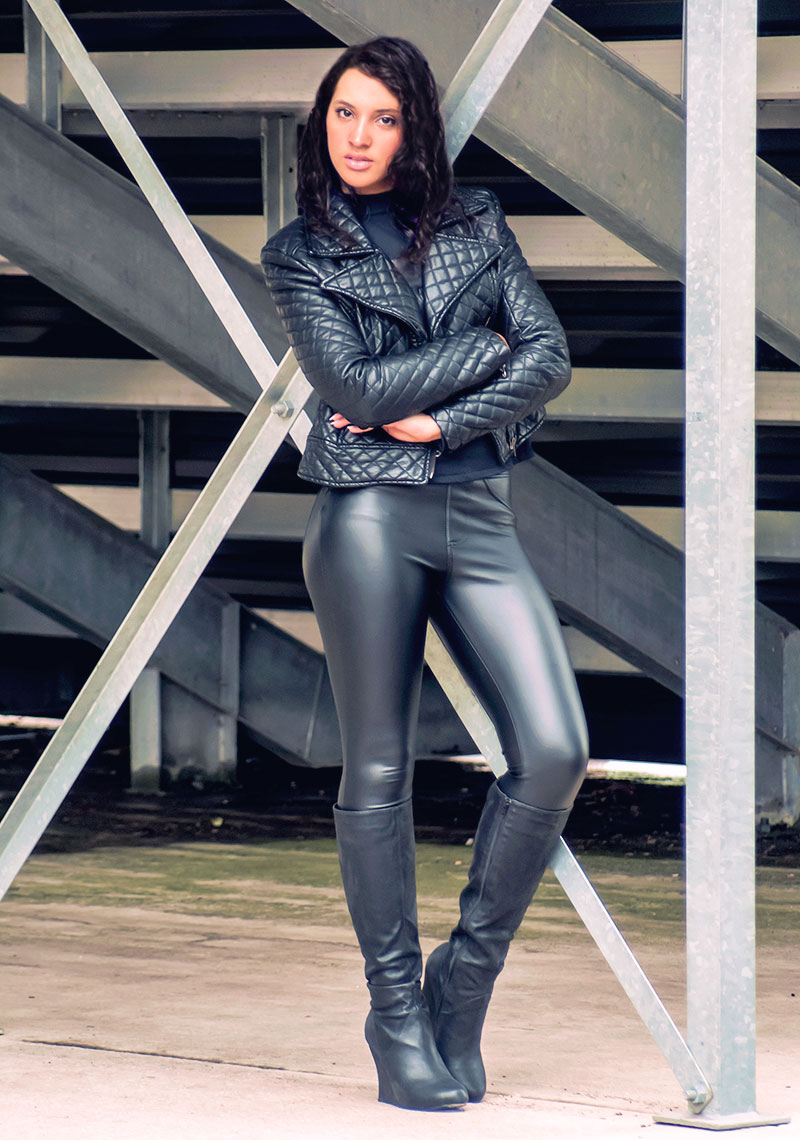 It’s week 2 of Subtleween! For those who have been paying attention, my outfit may be familiar since we used some of these images for promoting the Subtleween contest. Even so, I hope you enjoy Marvel’s Black Widow look.

Natasha Romanova, a former Russian Spy under the Black Widow program, is a character that speaks to the INTJ female. She’s tough, intelligent, athletic, and wears all black. And while she’s not an INTJ, her character’s typology of ISTP shares enough traits, (Ni and Se) for the INTJ to understand and and identify with, while her differing cognitive functions (Ti and Fe) make her intriguing and admirable.

I’m more familiar with Scarlett Johansson’s portrayal of the character rather than the comic book version, but I do have a shirt depicting the comic book version of Black Widow saying, “I fight in Heels.” I’ve always liked the shirt because it shows that a female can be tough without compromising her femininity; something we here at Always Uttori are all about (see INTJ female Paradox). In the original comic, Black Widow did not wear heels. The comic panel used for my Black Widow t-shirt says nothing about heels; and she  can be seen flat-footed in this article. So why does Johansson’s Black Widow often wear wedge boots or heels? Is this difference in footwear a symbol of modernization, or a reflection of a culture that sexualizes female superheroes? Is the quote, which I found to be so empowering at first, an attempt at giving a strong female character attire to make her seem more feminine? Why can’t a female superhero wear flats? Or combat spy boots? Or really, why can’t she wear wedge heel boots? Lessening over-sexualized imagery of female superheroes was at the core of the redesign of the Black Widow costume in 2015.  With an estimated 46.7 % of comic readership being female, Marvel has slowly made strides in creating characters that are more diverse and, for the female superheroes, less overtly sexual. Gone are the days when female superheroes were written by male authors for the enjoyment of male readers. Female superheroes are being developed in a way that is more realized, more complex, and with more developed story-lines than that of sexy female counterpart to superhero males.  As a fan of the Black Widow, I love the way that the character is coming more fully into her own as a model for a strong, powerful woman. In the case of the wedge boots, the writer’s intent doesn’t matter because as long as the Black Widow is a fully realized character with clear and logical motivations, she can wear whatever the heck she wants. Such is the hallmark of true power.

In my version of Black Widow, I, too, am wearing wedge heels. The wedge boots may not be practical to fight in, but they do elevate the look. For the everyday, a leather jumpsuit would turn some heads, so I’m wearing separates. Maybe Black Widow wears this look on her days off.

What’s INTJ About It?

Don’t forget to submit your own Subtleween entries for the Subtleween contest. Full details here! 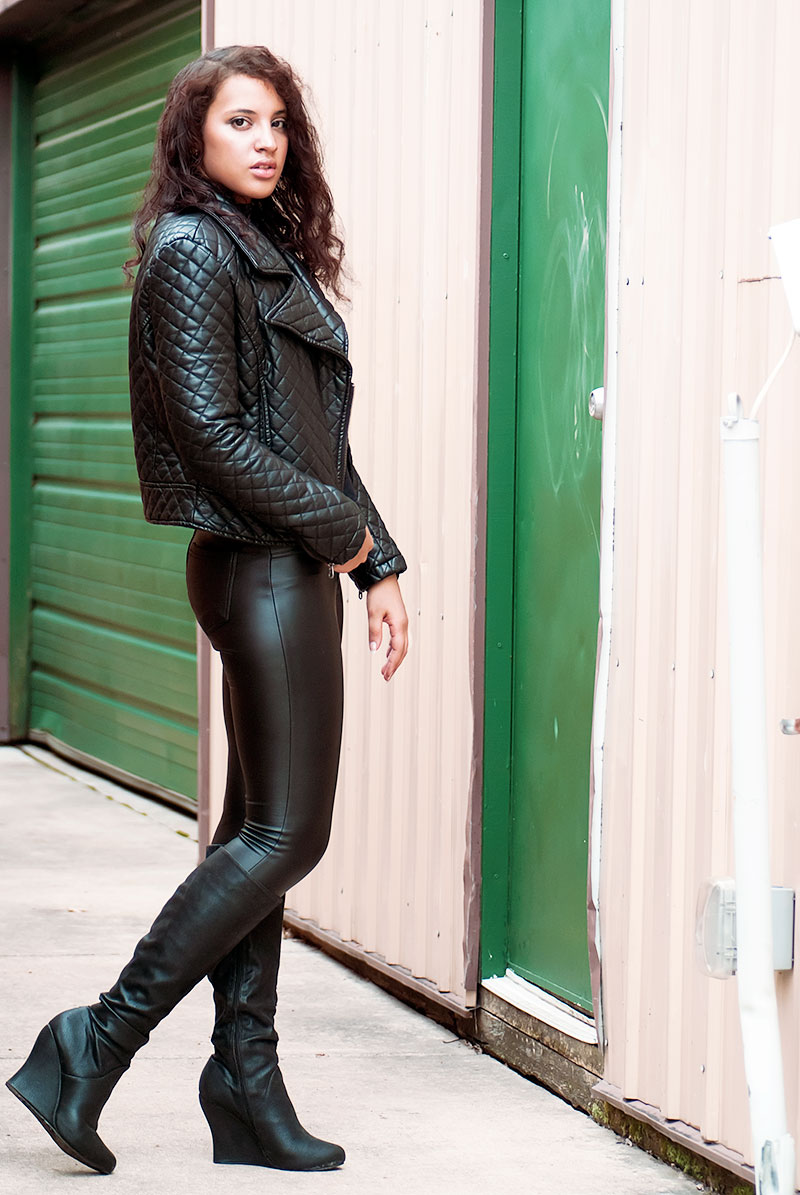 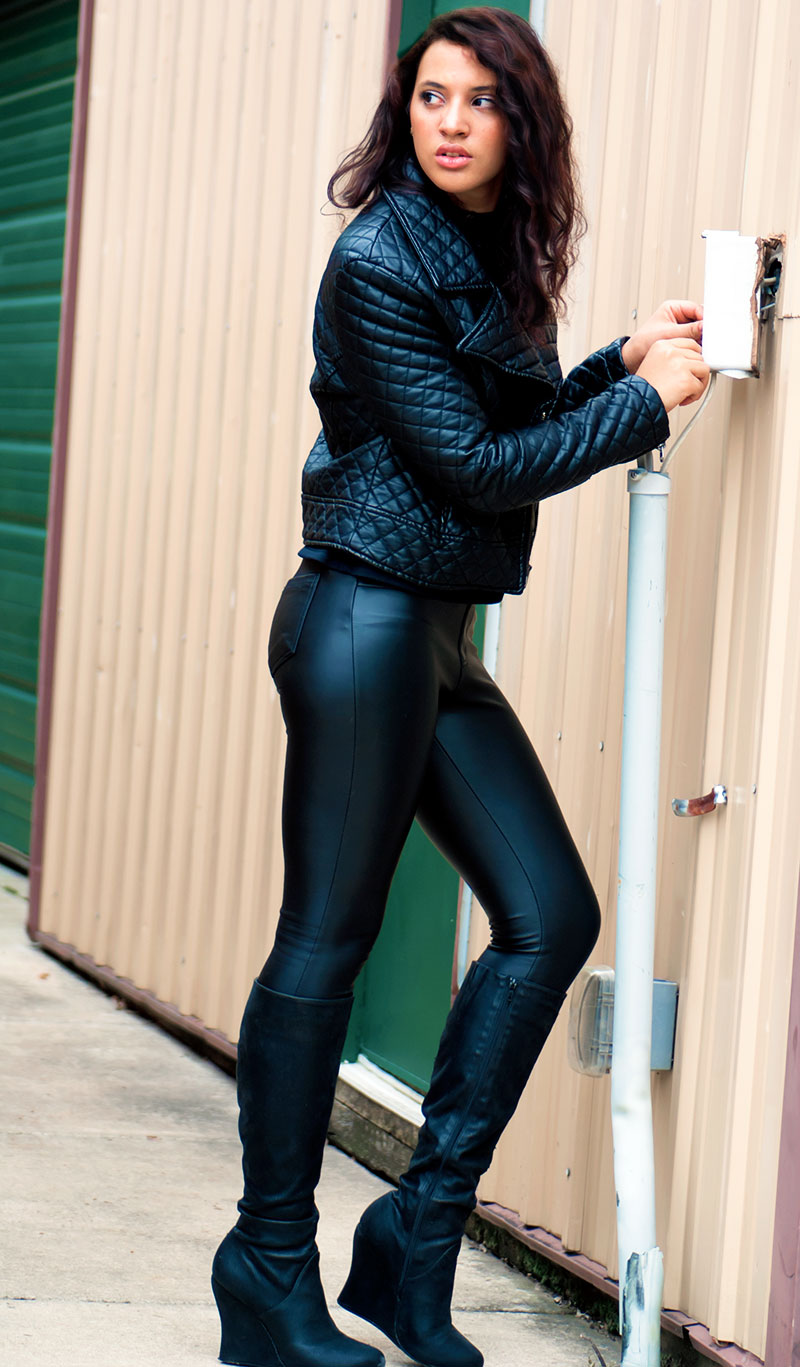