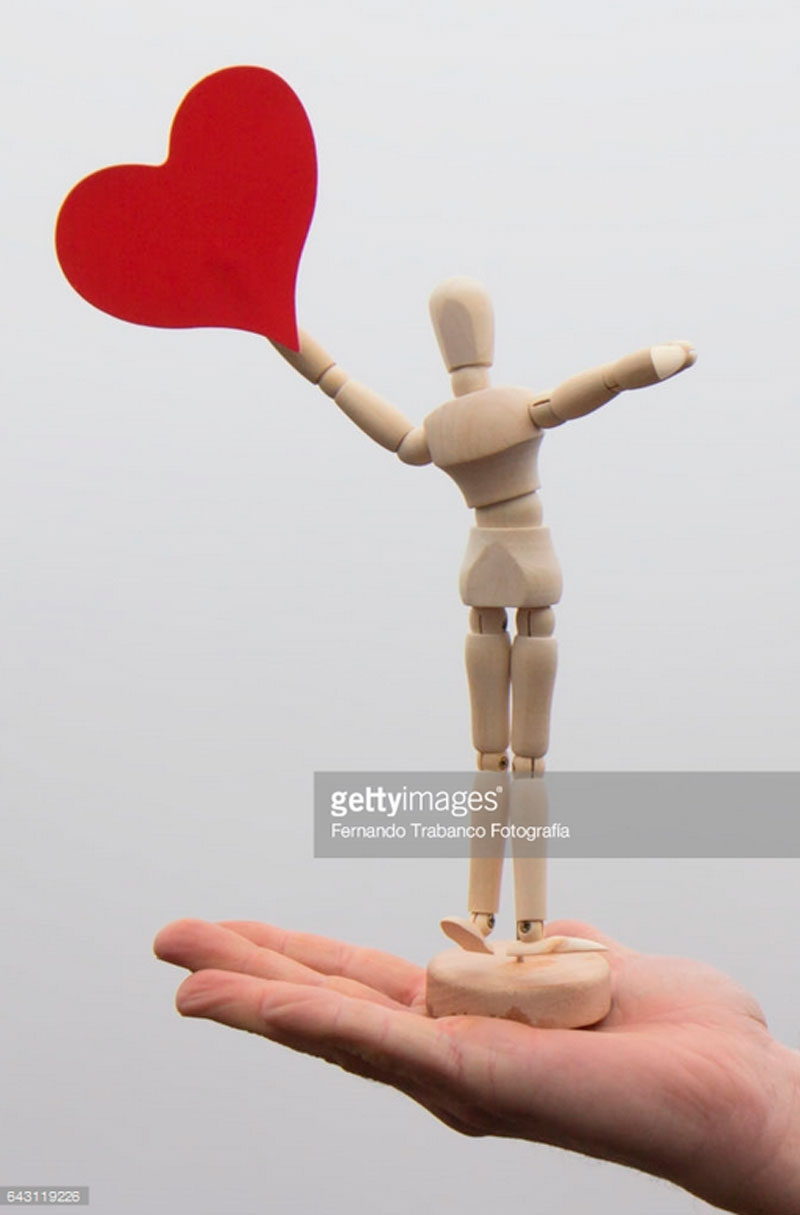 Introvert Love: Love Online and Other Tales of 21st Century Mate-finding: The Positives

Not so long ago, an INTJ female was given a gift. While the fairy godmother thought it was a kind and helpful gift –  4 months paid for an online dating service in honor of the INTJ’s coming birthday – what followed was a harrowing tale of slogging through photos and e-mails to answer repetitive questions, meeting virtual strangers in malls, spending a lot of money going dutch, and a spending a lot of time reflecting on the search for true love. Yep. Today’s Tuesday Topic is all about introvert love, or what I like to call, Love Online, and Other Tales of 21st Century Mate-finding.

If you caught last week’s article, That’s Not my Idea of Romance, then you may already have an idea of the craziness involved in this tale. To recap the rationale behind online dating, according to the U.S. Government, in 2015, 109 million Americans, 18 and older, were single. 63% had never been married.  Additionally, the average age for first marriages jumped from 25 for females and 27 for males in 2006, to 27 for females and 29 for males in 2015.  With such statistics, it’s no wonder that, according to Pew Research, 15% of Americans have used online dating services or apps. That number jumps to 27% for adults 18 -24 years-old. There are many reasons for these changes, and while I don’t have time to go into them now, All the Single Ladies, by Rebecca Traister, is an interesting read which does answer some of those questions.

As for my wading into the dating pool, while I appreciated the thoughtfulness of the gift, as the recipient, I’m not so certain that I was ready to make such a commitment. After graduating from college early, and working hard to earn money to pay for graduate school, I was focused on applying for an M.F.A program in Hong Kong. Beyond that, I didn’t instigate the search for a partner. Had I done so, I might have been more open to commitment. Even so, I was transparent about my future plans to enter into a master’s program, and transparent about that plan once I was accepted into the program. Some of my matches were okay with the idea of a long distance relationship at the beginning, others were not. Out of an estimated 100 people with whom I communicated in some capacity, I met just 4, and averaged 3 dates with each. By the time 2 and half months were up, I was ready for all of the “getting to know you” stuff to be over. I removed my online profile and, with a sigh of relief, bowed out of the 4 month gift early.

From my admittedly limited point of view, there are both positive and negative elements to online dating. Today’s post focuses on the positives. Tomorrow, I’ll be sharing what I perceive as the negative aspects of online dating. If you are an introvert, or an INTJ female, looking for love, I hope my personal experiences will not only help you, but will also enable you to better navigate the process of online love.

The Pros of Online Dating

Most online dating sites have you take some kind of personality test so that they can suitably match you. I’m a sucker for online personality tests and quizzes, so I found this to be enjoyable. Yes, please tell me about myself. For the record, I’m a balanced person who may need to get angry more often.  If you’re a sucker for self-enlightenment, you will find this aspect of online dating fun. I will say that it would have been nice to have more transparency as to why I was matched with certain people. Information on how the algorithms worked, or context for the algorithmic rationale behind the matches would have been helpful. After I decided I was done, and returned to the site to delete my account, I saw that this feature had been added. This was something that would have been helpful to know at the outset, as it would have helped me to explore areas of difference, which is equally important in relationships.

Although I think dating sites could improve on cognitive aware presentation of matches, I do think that, for people who are not as introverted as I, the efficiency of the process is nice. Without having to talk or meet in person, you can quickly tell if someone is interesting to you. From there, automated processes make it easy to get conversations going, and to further weed out weirdos or people who are incompatible for other reasons. Using this, I think that I avoided some bad matches. In general, the people I met in person were nice. They were relatively normal (as far as I could tell, “It’s not me, It’s You” included). This is much better than in real life where you might not know that the person you’re dating is a conman until you’ve invested a fair amount of time in the relationship. While it can take a lot of time to weed people out, it means that the people you actually meet have real potential. It also ensures that you have more time to invest in growing those relationships. With that being said, I was surprised by how often matches wanted to skip the automated process. In my mind, the automated process would have better served almost every individual that requested skipping straight to email, as when they skipped, they often had nothing of value to say. Sometimes, they didn’t even really know how to hold a conversation. Additionally, I was surprised by the eagerness to get off the site all together and go to texting or Facebook. A direct line would give you more immediate responses (theoretically, but with me being an INTJ, that isn’t actually the case); but it could also open you up to harassment if things don’t go well. Dating services aren’t exactly cheap, so I didn’t understand the desire to not utilize the beneficial aspects of the site as a verification tool of compatibility.

If you need a good laugh, then weeding through profiles can certainly give you one. As mentioned in last week’s article, only 16% of men get help with their profiles while 30% of women get help with theirs. That means that 84% of the profiles are a direct reflection of what the man believes to be attractive about himself, or just as often, what a man is trying to cover up. One of the things that a dating site will tell you is the more photos, the better. That’s true. The human mind looks for patterns, for hidden information, for clues and context in pictures. Photos that show you as you truly are (bathroom selfies notwithstanding) are much more effective, even if you are a part of a cohort that just sits on your butt with a beer in your hand all year around.  Lifestyle is a great point of connection in terms of romance, which means that many of the photos that guys upload are out-of-context, and so seem humorous (though I doubt that is the intention). While some women might respond to a profile because of the match’s profession, the opportunity to get to know someone who is addicted to Lord of the Rings, or Sherlock, or the same weird geeky things that I am also addicted to is a nice plus of online dating. Online dating profiles give you a snapshot of ways in which you can connect with a significant other; this is something that would be nice offline.

For the INTJ’s introverted intuition, so many men lined up in one spot is a smorgasbord of data points; you know, because the INTJ’s introverted intuition needs large amounts of data to make conclusions. If you are new to dating, and not really sure what you are looking for in a life partner, online dating is a great jump-start into refining your knowledge about what you want.  I have an intentions list of traits that I’m looking for in a partner. It’s something I had before the online dating thing ever happened. Yet, I found that my experiences helped me to further refine my list, giving me a more accurate measure as I actually encountered most of what I had on my list. It was great to solidify what I like and don’t like in a partner. One trait that I ended up refining was the idea of independence. As an INTJ female, I’ve always feared that a guy would expect me to be clingy, so I wrote down that I would like for my partner to be independent. After meeting a guy who was all about independence (It’s not me, It’s You again, who was an INTP to boot), I realized that while I still value male independence, I was really more concerned with my own independence. I have since modified my list to say that my partner should be able to handle my independent nature, but we should be able to work together to build a partnership. Two lone wolfs can’t be together. Whether in friendship, or partnership, when you commit to another, you become a pack.

Once you get past all the crazies, and actually get to meet the matches who’ve made it through the getting-to-know-you phase, online dating can be fun. I thought that most first dates would be awkward, but I ended up with only one awkward first date (the person with whom I had the most dates, humorously enough). The rest of my dates and I hit it off from the beginning. As mentioned previously, I went on an average of 3 dates, and each date lasted an average of about 3 to 4 hours per date. The dates were filled with long conversations. This was a bit exhausting, but I found it interesting to learn about my matches and their lives. All of the matches that I met gave me serious travel envy, and I enjoyed hearing about their trips. Additionally, getting to go new restaurants, or to introduce my matches to a favored eating spot was fun. I also got to cross a couple of items off of my list of things to do under the guise of a date.  I was very lucky. There are good memories with each match that I met in person, because the dating part was fun, though I did not choose a committed relationship with any of my matches.