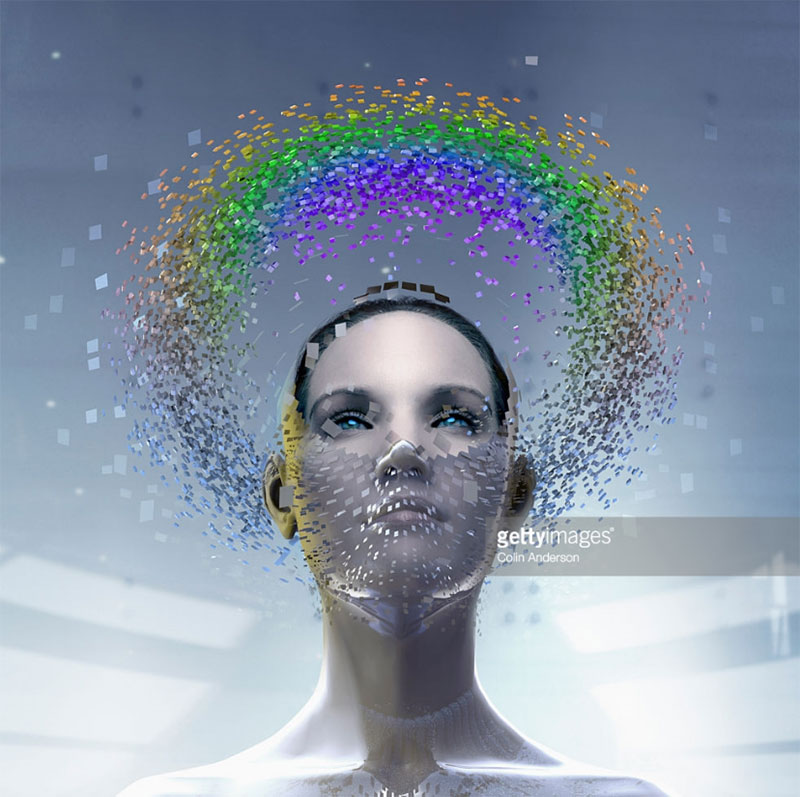 According to Google, the word mastermind can be either a noun or a verb. It is defined as a person with outstanding intellect (noun); or, as a verb, the ability to plan and direct a complex scheme or enterprise. It should come as no surprise then that the variant Myers-Briggs Typology, the Keirsey Temperament, describes the INTJ as the Mastermind. As the Keirsey website states: “Masterminds are head and shoulders above all the rest in contingency planning. Complex operations involve many steps or stages, one following another in a necessary progression, and Masterminds are naturally able to grasp how each one leads to the next, and to prepare alternatives for difficulties that are likely to arise any step of the way.” 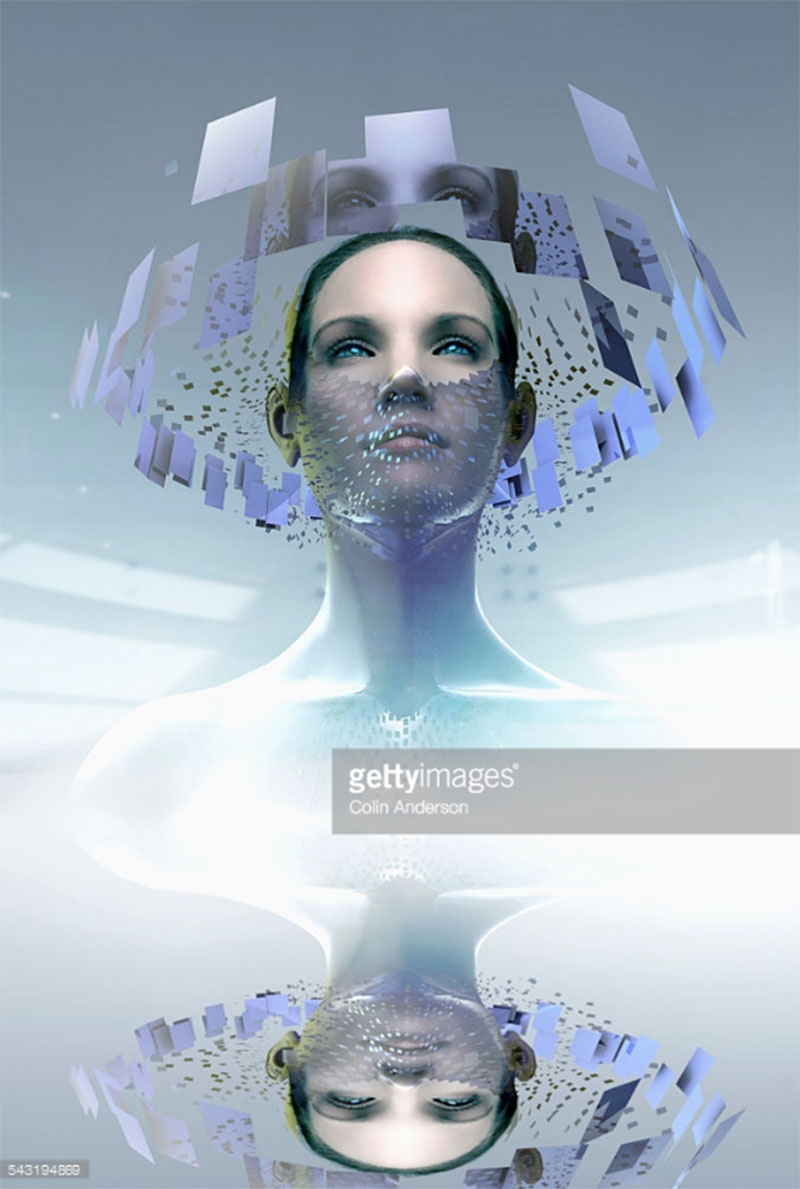 The Truth Behind the Label

Impressive, huh? If you’re an INTJ, your cognition enables you to naturally grasp the complexities that exist in a given situation, and to identify solutions (even alternative ones) for any roadblock that might arise. That’s heady stuff. Only. . . too many people have paid attention to the word mastermind, and have ignored the definition. Anymore, the term mastermind carries negative connotations. When people hear mastermind used to describe the INTJ cognition, they think INTJs are focused on manipulating and moving people around giant chessboards. They think demagogue. Puppet-master. This misunderstanding of Keirsey’s definition is why the INTJ is often portrayed as a villain.  Such negativity is compounded when INTJs, perhaps unaware of the true intent of Keirsey’s label, add to the erroneous perception by adopting it, rather than developing their cognition to reach the true meaning Keirsey sought to define. Far from being interested in manipulating others, INTJs are goal-oriented solution seekers who, unfortunately, often see people as roadblocks to getting things done. Want to be manipulated? Don’t look for an INTJ to do it. They’re probably the least likely of the MBTI types to want to play that game. Manipulating people is inefficient and time-consuming. Instead, INTJs use their mastermind skills to examine systems to find the best possible solution on multiple levels. This solution seeking is neutral, meaning it can be used for both good and bad. Ultimately, the true meaning of mastermind is as described earlier: an intelligent person who possesses the ability to manage complex systems. Abilities must be developed however. Natural cognition styles may exist, but the choice to develop one’s cognition belongs to each of us on an individual basis. This three-part series will discuss how to use your natural mastermind talents to help yourself grow and reach your full mastermind potential. Today, as an introduction to the topic, we will talk about the innate cognitive traits that make INTJs masterminds. 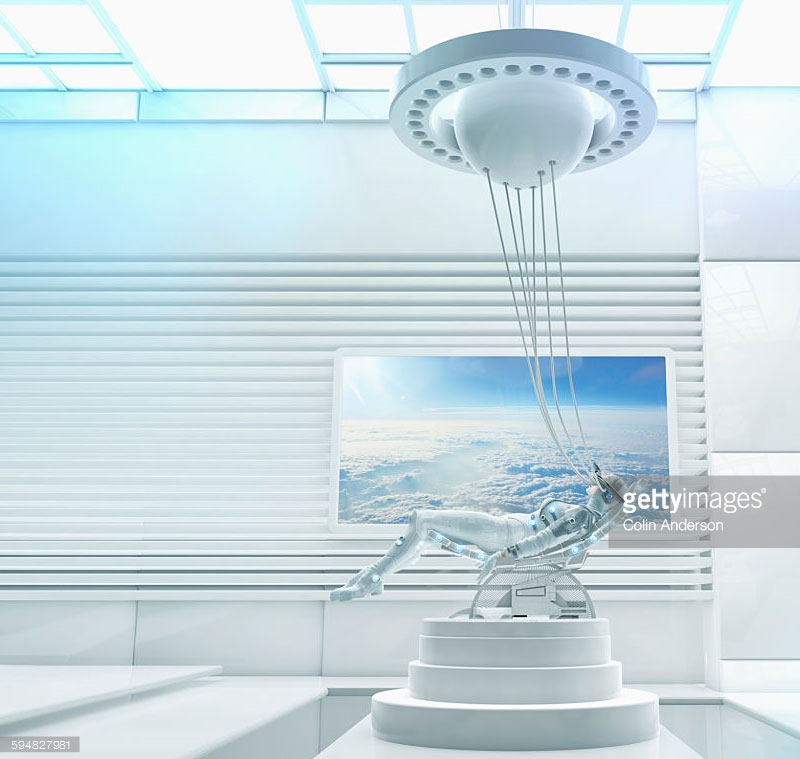 If you are a subscriber, or frequent reader of this blog, you know that many of these series begin with a review of the INTJ Cognition Stack. This one does as well. We do this for those readers who are new to MBTI, and for those who may need a reminder of how each element of the cognitive stack works to influence INTJ decision-making.

While it may not seem like it, introversion is an important aspect in the development of the mastermind skill-set. If you’ve read Susan Cain’s book, Quiet, then you’ll know that your introversion yields enormous power when used correctly. Introverts are good listeners, focused, dive deep into topics, and conscientious, among other things. Even so, these strengths are often overshadowed by the loudness of extroversion. For the INTJ mastermind, this means that others may not realize that you are listening and gathering information. They may underestimate your ability to lead and make considered decisions under pressure. They are often unaware of your vast and deep knowledge, and can often take for granted your ability to get things done with maximum effectiveness and efficiency. Of course, for the introvert, there can be challenges — such as the energy drain of interacting with others, or being in a high-stress situation, with massive amounts of data, for extended periods of time. Even so, in a world that has become increasingly dependent on knowledge systems, the INTJ’s ability to focus  energy, effort, and understanding into optimizing systems is a valuable asset to organizations both large and small. Nevertheless, for the INTJ, whose introversion creates a natural resistance to self-promotion, communicating an ability to leave your protective shell and to get things done can be difficult. In this instance, introversion becomes a weakness, rather than a strength. To achieve the goal of being an effective mastermind, INTJs must learn to manage introversion, utilizing its strengths and managing the weaknesses. 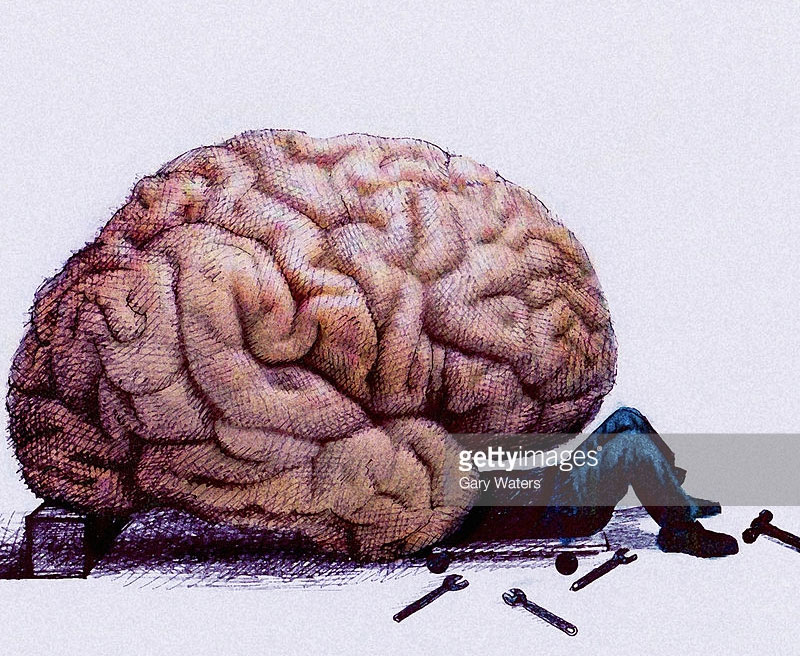 Introverted intuition is the INTJ’s core information gathering system. As we’ve talked about in previous articles, it’s your possibility factor. This is where all the mastermind plots and ideas get their start. In fact, introverted intuition might very well be one of the most important mastermind functions. This is where you test an idea, and imagine all the possible outcomes. Will it work? What can I change to make it better or achieve the desired outcome? Ni is the powerhouse of the INTJ cognition. It not only seeks new knowledge, but pulls all of the domain knowledge together to form new and unique ideas and new perspectives. Yet, for the INTJ, Ni can also be an indulgence. The richness of imagined possibilities, the allure of valuable (and unchallenged) insights, and the ability to enjoy imagined possibilities as fully realized  — without having to face the hurtles of bringing them into the real world — can make keeping possibilities in the realm of the Ni, rather than making them into reality, a seductive enticement. Effective masterminds master prioritization and the ability to recognize which imagined possibilities are worth pursuing. Additionally, learning to overcome fear of failure enables INTJs to move from imagination to imagineering, honing the Ni into the powerhouse cognition trait it is meant to be.

Extroverted thinking fact checks the feasibility of Ni’s plans and ideas, making sure that the ideas are executable, and determining the best possible way to execute a plan. Once it has been decided that a plan is a go, Te consolidates the necessary steps. Te assesses the resources needed to carry out a plan.  Te asks, what are the discrete steps of the plan? What’s the timeline? What’s first? And so on. Te activities can get quite complicated, especially if multiple plans are ongoing. For the INTJ, the Te can activate perfectionist tendencies, turning fact checks, extra research, and even people into obstructions. When this occurs, rather than being a mastermind, the INTJ’s cognition can seem more like a mastered mind, with cognition in control of the INTJ, rather than the INTJ being in control of the cognition. It is important for INTJ masterminds to learn the skill of good enough (there’s even a management theory called LEAN, based on bringing products to market when they are good enough and iteratively fixing and enhancing later, something that happens frequently on this blog! :D). It is also important to recognize and deal with cognitive resistance (whether the source of the resistance is fear, perfectionism, or subconscious warning signals). 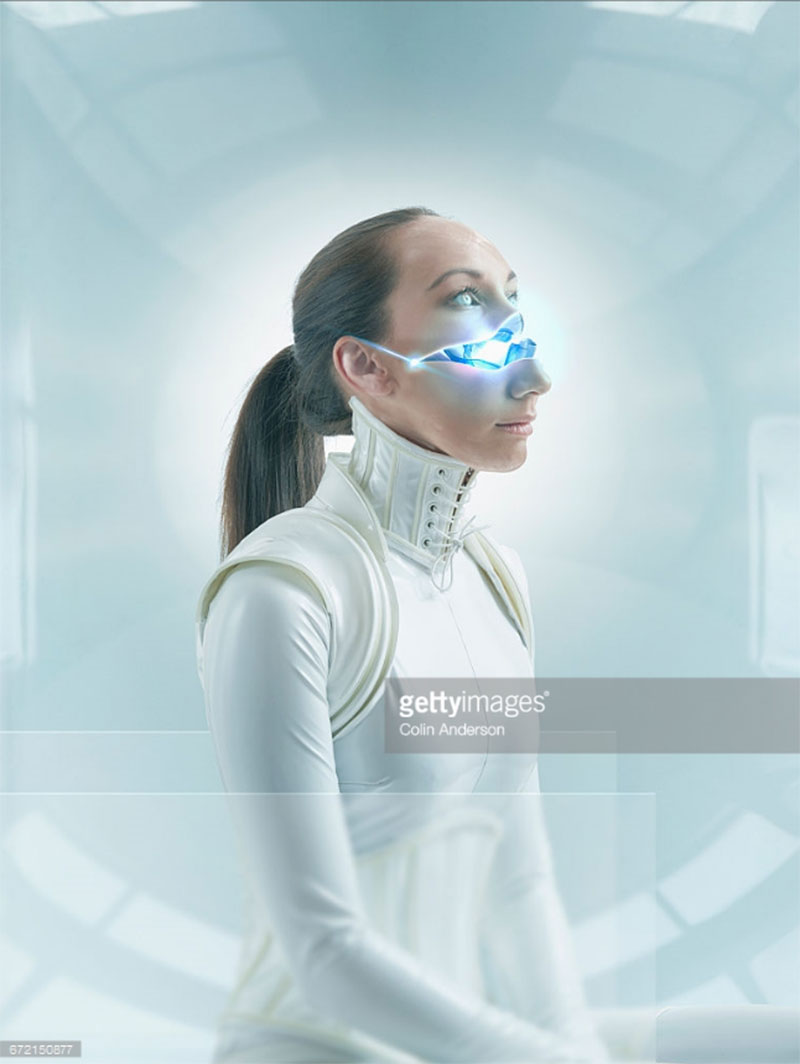 Introverted feeling is, perhaps, one of the most important INTJ cognition traits for the effective mastermind to keep an eye on. If Fi is corrupted, the mastermind can truly become the villain that the uninformed believe her to be. At the very least, underdeveloped Fi can lead to a mastermind who is selfish and/or narcissistic. It’s important to be clear here, being concerned with yourself doesn’t make you selfish. It’s when you’re the only one that you’re concerned about that the problem occurs. The reason for this is that introverted feeling is concerned with how you, specifically, are feeling. In a cognitive sense, it relates to how things make you feel. Negative events can cause an INTJ to utilize mastermind skills in a very self-protective and/or negative way. Conversely, introverted feelers have the ability to positively impact others utilizing a deep well of empathy. The Fi, who has experienced the same thing (good or bad) that another has, can be the most understanding and helpful friend and/or resource. That’s why it’s important to keep an eye on this function, as it can be used for both good and bad. This doesn’t mean that you always need to compromise your own inner thoughts and feelings. Instead, it just means that to truly master your mastermind skill-set, Fi requires special consideration.

Extroverted sensing is a tricky one. On the one hand, it works with introverted intuition to gather external data that then feeds into you overall knowledge of the world. However, Se can also make you overly concerned with the physical world and your environment. Although there is nothing wrong with such a focus, this focus usually signals a stress response in the INTJ and can act more as a distraction when you are trying to get important work done. Rather than mastering the Se, it’s important to master your focus and develop the SE. For the INTJ mastermind, clear focus, and a well-developed Se, can become valuable tools in assessing environmental factors and determining how to manage negative elements that steal productivity and cause stress for your team and yourself. 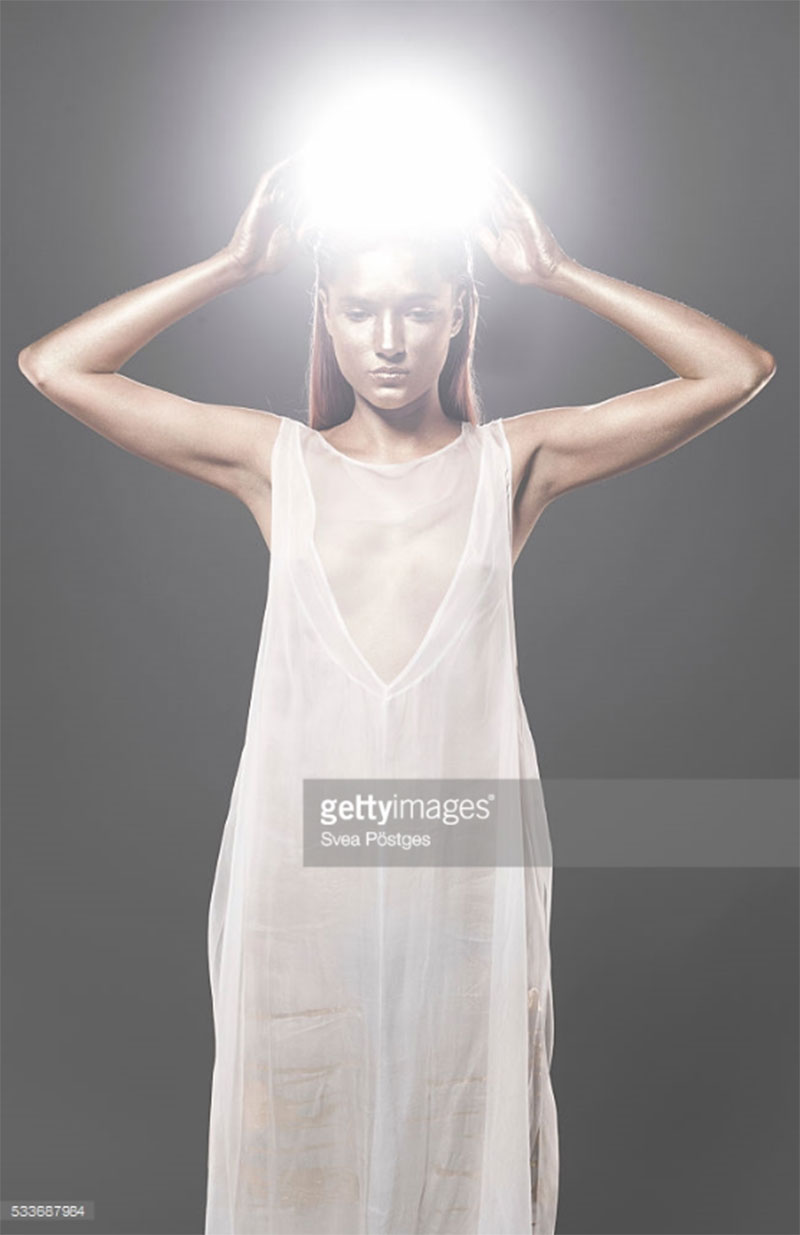 It is a common misconception that people expressing a J (judgment) in their MBTI type make quick judgments; and that P’s (perceivers) don’t judge. In truth, it is the other way around. Because P’s like to keep their options open, they spend their day making multiple, rapid decisions on a moment-by-moment basis because something might come up later, and they need to decide how they will seize the day. J’s, on the other hand, delay decision-making for the sake of data-gathering. Spur-of-the-moment opportunities are difficult for J’s to embrace because they prefer to make informed decisions; and spur-of-the-moment often seems too risky. This is an area where the previously laudable INTJ cognition can become hijacked — all because new data is, at the last moment, introduced into the decision-making process. INTJs have many quality attributes. They are effective planners, great learners, thoughtful listeners, and they take a calm, measured approach to problem-solving; but the best way to upend the INTJ’s calm is to bombard them with spur-of-the-moment, must-choose-now data. For a mastermind, who may have many plans going on simultaneously, this new diversion has to be considered in conjunction with other plans. Of all the INTJ’s cognitive traits, the J trait may actually be the one that can be the greatest hindrance, especially in a data-driven world that requires leadership to rapidly respond to fast-changing events. Developing a set of fast/slow heuristics is vital for the INTJ mastermind who wants to succeed in today’s data-rich business environment.

This was merely the beginning. Over the next two weeks, we will take a closer look at ways to utilize mastermind strengths, as well as consider what INTJs should beware of when masterminding. Stay tuned!