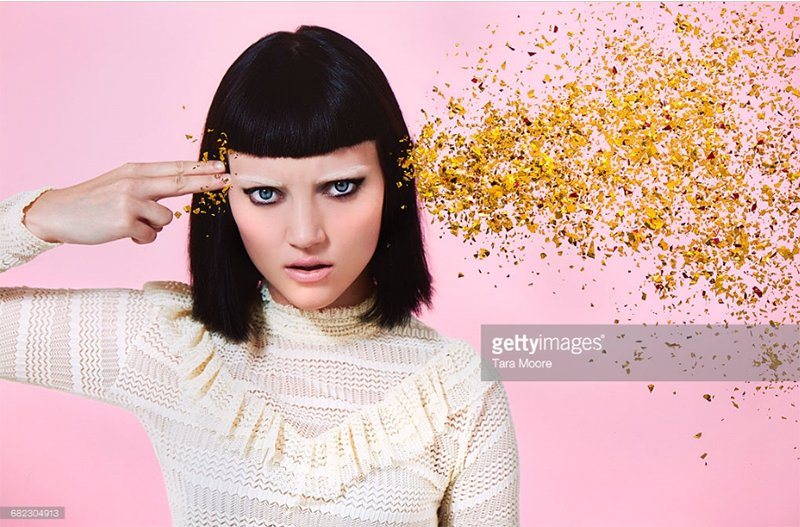 It is easy to believe that because INTJs are rationals who enjoy problem-solving, that it somehow frees us from problems WITH our thinking. Yet, all humans have cognitive biases, and while MBTI can be a starting point for better understanding of yourself and others, there are several things MBTI is not.

To be an INTJ mastermind requires putting in the effort to hone the logic and reason used as components of thinking. Assumption of superiority because of a predisposition to think in a certain way is a sad, but common bias in the MBTI world. As has often been stated on this blog, mastermind thinking is about becoming. It is a process with an end goal in mind. Finding out that you are an INTJ through testing from a reputable organization is the first step, but developing your INTJ mastermind is a life-long process.

While it’s comforting to know that there are other people out there like you, they’re not you. You are you. You have walked your own path, fought battles that only you know, you carry the roots of your ancestors, and may well have planted seeds of your own. That brain, that viewpoint are all unique, and while there are certain cognitive traits that can be shared, being an INTJ  really means that you are an individual who thinks for yourself. You’re not a carbon copy. Yeah, it’s nice to know that there are other INTJs out there, but if there is one thing INTJs truly share, it is the understanding that being INTJ means being uniquely you. And that’s a good thing.

I can understand, and even agree with the sentiment behind the Gavin Degraw song, “I Don’t Want to Be,” but my dad likes to say that talking about what you don’t want, won’t move you toward what you do want. Knowing what you want is important because when you know what you want, you have a direction to travel. Masterminds don’t rest because they’re supposed to be special snowflakes. They prefer to continue working on their craft, their lives, and themselves. So, you’re an INTJ, great. Many INTJs work hard at self-actualization, and it’s the work that makes them masterminds, not the INTJ label.

Out of the Rabbit Hole

Enough of what MBTI isn’t (it’s a negative construct anyway). The Myers-Briggs Type Indicator was created during a time when the tools available to us now: magnetic resonance imaging (MRI), and positron emission tomography (PET), were not available to use as verification of the working theories for personality. Now these tools, along with molecular genetics, and electroencephalogram (EEG), are employed together to test for “biological variables to traits.” While cognitive science has moved away from a four-dichotomy structure of personality assessment (something we will exam in a future article), it’s important for those who use MBTI as a basis for developing mastermind skills to understand that the development of such skills is a process of becoming. Many factors impact personal development and personal outlook. We may not always be able to manage the elements that feed into certain aspects of personality, such as biology, but as we move along the trajectory of self-actualization, one of the major components within our control is the ability to assess, to manage, and to reorient our mental states. This ability is not only key to overcoming certain challenges that INTJs face, it also serves as a foundation that INTJs can use to dismantle biases that inhibit rational thinking, allowing us to come up with more effective logic models that can, hopefully, ensure better problem-solving.

In our last mastermind post, I introduced the idea of using “states” as a basis for identifying inhibitors to INTJ mastermind development. For NJs, the judging (deterministic) aspect of our cognition, together with the Ni possibilities engine, can work together to create a mental state characterized by anxiety, stress, and neuroticism. Without a strategy for dealing with these cognition roadblocks, it’s all too easy for INTJs to get stuck in negative thinking patterns that not only inhibit effectiveness in problem-solving, but, if left unchallenged, can cause a fine, capable mind to become entangled in a constant state of fear and insecurity. I am in no way encouraging INTJs to be optimistic Pollyanna’s who only see the “positive”. That’s not realistic for the idealistic cynics of the MBTI; however, with anxiety and stress at epidemic levels, it’s important that we be able to reign in the more negative aspects of INTJ thinking and focus on the solutions available to us.

When we introduced the theory of states two weeks ago, the post focused on providing a general definition of each of the states – cognitive state, psychological state, and mental state (read the first post here). In our next bi-weekly installment, we will examine how to identify when things are going wrong in a state, or what I call: Enemies of the State, and will examine various solutions that you can use to combat these cognitive enemies, and keep your mastermind in control.