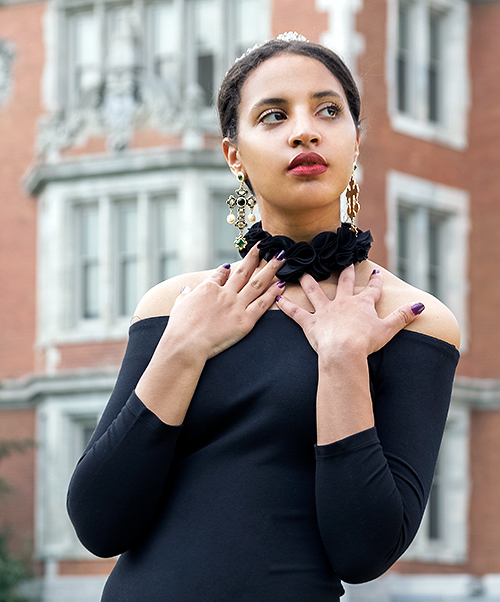 Have you heard the news? Meghan Markle and Prince Harry are engaged! While we couldn’t have guessed that this exciting news would be announced during our royal editorial, inspired by the upcoming second season of the Netflix show, The Crown, Ms. Markle has certainly served as an inspiration for our discussion on modern princesses. Moreover, she represents the changing face of royalty as an institution. History buffs will know that American Wallis Simpson was barred from marrying Prince Edward because of her divorced status (He eventually abdicated in order to marry Simpson). Also in common with Ms. Simpson is the fact that Markle is of American heritage. Like Kate Middleton and Princess Diana, Markle is a commoner. In short, for royal watchers, she is someone who breaks almost every convention of the British monarchy. Yet, what some have opined the most about is the fact that, like me and millions of others, Ms. Markle is multi-racial and possesses African-American ancestry— her mother is black, her father white. While there are some who dislike the match for this reason, it is a clear break from the almost incestuous nature of the monarchy. As for me, I find the relationship inspiring, not because I want to be a princess, but because every girl should be able to see herself as one, and should not feel barred from such imagining based on something as superficial as skin tone. With this new royal marriage, young girls will now be able to see themselves in a real-life princess!

As I mentioned previously, my favorite Disney princess was Princess Jasmine, but I’ve never really seen myself as the princess type. Even so, through research and thinking about the topic for this editorial series, I’ve come to realize that our idea of the frivolous, entitled, spoiled, princess is far from the reality of what it means to be a princess, or at least a “good” princess. Somewhere along the way, in the frenzy of mass media and consumerism, we’ve begun to tell young girls that being a princess is about pretty dresses and wearing a jeweled crown. But being a modern princess is about being someone who is trying to do good in the world; creating change through caring for others. We can all choose to be a princess, no tiara, or prince, needed.

Today, we’re combining two fashion looks that would have been published last week if not for the Thanksgiving Holidays.

P.S. If you’re interested, check out this great article about Megan Markle and the future of her fashion legacy. A fun read if you’re into royal stuff and the inner workings of fashion.